Say Hello to the Robo Worker

Use of high technology in manufacturing is not a job killer as we have believed for years. It can be an engine for all-round growth and prosperity

Right from when I started working with the government in 1956, the approach has been that India must adopt labour intensive methods in manufacturing industries. The logic was that our large population and abundance of low-cost labour would help us manufacture goods at low cost. Quite predictably, labour unions opposed any form of automation or use of technology in factories that would lead to additional jobs not being created.

Everyone is aware that manufacturing in India has stagnated at 15-16 per cent of GDP while some of the bigger countries in Asia with high economic development are at 35-40 per cent. The expectation that labour intensive production would make products more saleable due to lower cost has not been fulfilled. Our manufactured goods have not found export markets in quantities that can lead to higher growth of manufacturing. Domestic sales have also remained muted. The failure of the manufacturing industry to expand has led to high unemployment levels and is a cause of worry. The number of people dependent on agriculture has been increasing and is a major cause of distress in rural areas. Unless many more jobs are created outside agriculture, it would be extremely difficult to create a just and equitable society and increase incomes of those dependant on agriculture.

At first sight, it seems logical that labour intensive technologies would maximise employment. But the fallacy in this lies in looking at job creation in separate silos of the economy. It is necessary to consider this holistically.

It is easy to see that a large percentage of jobs in the services sector are dependent on the manufacturing sector, and higher the level of manufacturing activity, the greater would be the job creation in services. The transportation of raw materials, components and finished products to markets increases as manufacturing rises. This requires drivers, loaders and unloaders. More use of trucks or railway creates activities for their production and maintenance. The distribution chain needs warehouses, wholesalers and stockists. We need wholesalers, stockists and dealers for sale of goods. Retail activities expand as more and more goods have to be sold because manufactured and agricultural produce constitute the bulk of retailed products. Manufactured goods create employment for maintenance and repair, consumer & production financing, insurance, storage, watch and ward, and so on. Thus, it will not be correct to make policies on the assumption that manufacturing creates jobs only in factories. The truth is that the bulk of the jobs created are outside the factories.

Manufacturing can grow either through higher domestic demand or exports. Exports create somewhat less employment than domestic consumption but are necessary at the initial stages of development to generate economies of scale, technological expertise and incomes that lead to the ability to increase domestic consumption. Exports become possible only if manufactured goods are globally competitive in terms of quality and price. In addition, breaking into new foreign markets becomes far more feasible if products can use established channels for sale in those countries. That would usually require large direct foreign investment in manufacturing. In case of domestic consumption, growth rates are directly related to affordability. It should not be forgotten that production for domestic consumption can increase only as fast as the rise in domestic demand. Clearly, lower costs of acquisition and better quality would give higher value to consumers and lead to higher sales.

Till liberalisation started in 1991, neither exports nor domestic consumption of consumer goods was encouraged. Taxes on manufactured products were largely determined by the need to raise resources and on consideration that products consumed by the poor should be taxed at lower rates than the products for the more well-off sections of society. There has been little change in these principles. A large proportion of manufactured goods are taxed at comparatively high rates. This has led to manufacturing growth remaining subdued over the years. It still continues to be low as domestic affordability limits increase in consumption. The GST rates are largely based on the tax rates prevailing earlier. There has never been an attempt to consider an increase in affordability of manufactured goods to a wider section of people by lowering tax rates, thereby increasing manufacturing growth with all its attendant benefits. There would undoubtedly be a time lag of maybe three years or so for benefits of manufacturing growth to reflect in revenue growth and so means for filling the gap would have to be found. It should be possible to do so.

Growth in export of manufacturing products has remained low because of lack of competitiveness. The exports taking place are to a large extent to developing countries where standards of quality and design are not as high as in developed countries. Foreign manufacturers have not found India to be a suitable base for manufacturing and exporting from here to the rest of the world. One of the exceptions is the automobile sector. About 7,50,000 cars are exported from India in a year, mostly to developed countries. This is because their quality is of a level acceptable in those countries. The automobile component industry has become competitive as a result with annual exports at $11 billion. There is considerable scope for growth because of low use of cars in the country. The industry has linkages to many other technologies and industries such as rubber, electrical, steel, electronics and fabrics would benefit from growth in car production. The estimate is that nearly 30 jobs are created for every 100 cars sold.

One of the reasons the car industry has become competitive is use of robots and low-cost automation in both component manufacturing and car production. It is a high volume activity. The cost of any error is huge, especially if the error relates to safety, environment or customers' perception of performance. Human beings, however skilled they are, would always make more errors than the zero error that results from automation. The cars would not be acceptable in developed foreign markets unless the buyers there are convinced that the manufacturing processes in India lead to acceptable quality levels. In India, despite the taxes being two-three times the rates prevailing in developed countries, sales have been increasing because of high quality and value for money. Workers in Maruti Suzuki factories understand the importance of quality and reducing costs. They realise that robots not only lead to better quality but in some cases also do work that is extremely tiring and cumbersome, and at times even hazardous, for them. They realise that higher sale volumes that flow from better quality is also in their interest.

Robots are used in shop floors not to reduce employment but to grow total employment by increasing competitiveness and sales. Robots are not mechanically used in all areas. Their use is determined after carefully considering issues of quality, convenience, safety and cost. No manufacturer would like to use robots unnecessarily as that would almost certainly increase costs and lower competitiveness. Workers happily accept robots if they are explained the logic of their adoption and how their use will lead to higher sales and benefits to all, including them. Good communication with workers, and management policies that actually lead to workers benefitting from higher sales and profits, are required. 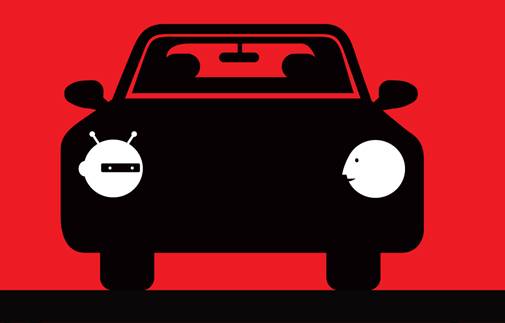 How to Make Workers Accept Robots

The use of robots has to be supplemented, to the extent possible, by low-cost automation. Engineers and workers together have been able to develop many devices that give the same results as much higher cost automation. Component manufacturers are using such devices to reduce the possibilities of human error. Another very necessary use of low-cost automation is increasing safety levels of operations, especially in small scale industry. The accident rates in these units are quite high and workers welcome these safety enhancing devices.

All companies have to make the best effort to reduce production cost and improve quality. The use of robots without measures to increase competitiveness in other areas of operation would be meaningless. The leadership has to set an example by its own actions. This would include following all rules and practices required of other employees; maximising internal resource generation by following frugal practices and keeping their own emoluments and perquisites at reasonable levels; and attempting to build a productive partnership with workers so that they trust top management rather than unions.

Indian manufacturing industry needs to substantially increase its competitiveness to create much larger employment opportunities in the country. Improvement of quality and higher levels of safety of employees are important objectives. Each manufacturing unit should develop its own strategy of using robots and automation keeping quality, cost and safety as essential objectives. Government policies must encourage rapid adoption of these objectives in all manufacturing units irrespective of whether they are large, medium, small or micro.