India is energy-starved. We consume more energy than the grid can supply. A lot of the energy we use depends on expensive oil imports. And because we - consumers and businesses - don't get all the energy we need from the grid, we generate some of it. 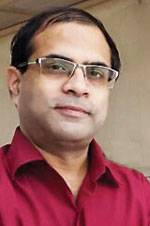 Prasanto K. Roy
Do Indians care about cleantech, greentech and energy enough to part with their money for it?

You may think they would, just for the economics. India is energy-starved. We consume more energy than the grid can supply. A lot of the energy we use depends on expensive oil imports. And because we - consumers and businesses - don't get all the energy we need from the grid, we generate some of it.

This 'power back-up', usually from diesel-gensets, is expensive - costing two to three times the already-high public utility charges of, for instance, over Rs 7 a unit in many Gurgaon residential complexes, and higher for office or commercial users.

But here's the problem (that I discovered when I was apartment hunting in Gurgaon five years ago and wanted a green-rated building - there weren't any): the top builders either didn't know what 'green' was, or, if they did, claimed buyers didn't want green. Even in 2016, there are very few green residential projects among the hundreds under construction in Gurgaon, and in most other cities. The builders and developers believe they have no incentive to reduce energy costs in their projects, because they won't be paying the bills.

And by the time those living in the luxury condos of Gurgaon, Noida, Whitefield, New Bombay or other emerging townships realise what an energy hog their condo or apartment is - packed with luxury features like aircon lobbies and floors - it's too late.

In a typical condo complex in Gurgaon, for instance, the common area electricity consumption is 3,000 units a day, or about Rs 7 lakh a month. That's over Rs 2,000 a month additional that each apartment pays for 'common area' electricity - whether or not the apartment is occupied.

Fixing that problem a few years after construction and occupancy involves investing money, and residents and owners don't easily agree to do it. (It doesn't help that many 'investor' apartment owners don't live in their flats: their tenants foot the power bills.)

And yet, it's not difficult to cut that whopping common area power bill by half. A Rs 10-lakh investment could save Rs 10 lakh a quarter. Does that make sense? Of course it does. Will residential complexes do it? From personal experience, I can say they probably will not, mostly due to lack of information, and payment models.

Spot a business opportunity there?

Commercial and office buildings are a little better off. Some are green-rated, though typically company-owned, such as ITC Hotels' headquarters in Gurgaon, still the world's largest LEED Platinum office building. The big office complexes leased from developers (such as Gurgaon's Cyber City) are almost never green buildings. But decisions such as switching to LED lights or installing motion sensors are usually taken much quicker by offices.

Consider these four business opportunities waiting to be picked up by start-ups or others. Often, all the technology needed is available, affordable, and is years old, but is not being used because potential buyers don't have the information, or visibility into payback and savings.

Lighting: In thousands of condos and offices, residents, admin heads and CFOs would promptly switch over their CFL and tube lights to LED lighting if someone showed them the rupee math - with a cost-neutral way to buy, and a short payback period.

For instance, many building areas, such as basement parking or lifts and lobbies, are lit round the clock and year by fluorescent tube lights. Two five-watt LEDs can replace every 40-watt tube light with more light, and will pay back their cost in less than six months - ignoring that the LED's life is about tenfold of the tube's. Factor that in, and you have payback in four months.

On top of that, add in a business model where cost or payment is taken from the savings, and the user has a cost-neutral, no-brainer decision. The only issues to iron out are about trust on both sides: if there are deferred payment installments, the supplier should be sure of getting them (perhaps via postdated cheques). If there are warranties (three to five years, typically for LEDs) the buyer needs to be confident about those.

Motion sensors: There's surprisingly low use of this simple, decades-old tech in India. Why should a basement parking be floodlit 24x7 even when no one is walking or driving in? Install motion-and-light sensors for a few hundred rupees each and, even with some rewiring costs, payback will be in months.

Again, there's no information about this with end users, and no visibility into savings or payback. More low-hanging fruits waiting to be plucked by start-ups, or even by enterprising electricals shop owners.

Passive cooling: This is the top question I get from homeowners, especially those on higher floors: My house or apartment gets too hot, my cooling power bills are huge, what can I do?

The answers are simple, but often not accessible to end users. Use a variety of techniques to passively cool the house, or at least its west-facing walls and rooftops. These include double-glazed glass or thermal (sun control) film on windows, heat-reflective paint on external walls, tiles, broken tiles and other techniques for rooftops. Payback is often in months or within a year.

Solar power: This is another area that is mature but has surprisingly low use across Indian homes and offices, again mostly due to lack of information and visibility on savings. It is a huge business opportunity. Which solar PV panels? What kind of inverter? Battery storage (what batteries) or grid interactive (is net metering available?)? Are there incentives in your state? How many years will it take to recover the capital cost?

How would such businesses - focusing on energy savings in existing, running, large complexes and office buildings - work? These would typically be services businesses, though they may involve products. In some examples (such as CCTV suppliers), the service provider is the product vendor or his dealer, though many carry multiple brands. Upfront investment is low, though such businesses would depend on people to scale up.

But the general area, the set of problems and the enormous potential market suggest a variety of business models and opportunities: franchise models (working with, for instance, electrical equipment suppliers or dealers), financing models, consulting, apps, and a great deal of innovation.

Not all of this will automatically excite investors, wary of 'body-count based' services businesses and their scalability. But ideas, innovation, products and experiences (of founders) can change that.

None of this is purely virgin territory. There are suppliers and service providers around. But they haven't penetrated any really visible fraction of the available market. And that leaves a great deal of low-hanging fruits ripening and falling off.

The writer heads Nasscom's Internet Council. The views here are his own.