Apple has announced that it would be rolling out a couple of accessibility features on its Apple Watch and iPad for people with mobility, vision, hearing, and cognitive disabilities. 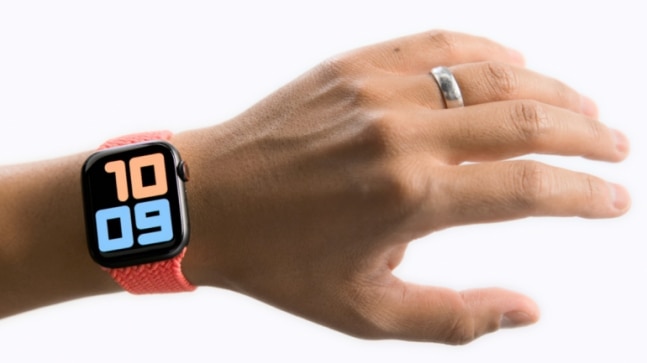 Apple has announced that it would be rolling out a couple of accessibility features on its Apple Watch and iPad for people with mobility, vision, hearing, and cognitive disabilities. The features that were announced will be rolled out later this year. The Apple Watch will receive interesting updates this year which will help people with limb differences to navigate the watch easily.

Apple has announced AssistiveTouch for Apple Watch which will help people with limb disabilities. Similarly, Apple announced that the iPad will support third-party eye-tracking hardware for easier control for people with blind and low vision communities. Apart from this, the Cupertino-giant will roll out new background sounds to help minimize distractions for people with hearing impairment.

Another feature that Apple plans to roll out is a service called SignTime. This would allow users to communicate with AppleCare and Retail Customer by using American Sign Language (ASL) in the US, British Sign Language (BSL) in the UK, or French Sign Language (LSF) in France through their web browsers. The feature will be initially rolled out in in the US, UK, and France and then later to the other countries.

"At Apple, we've long felt that the world's best technology should respond to everyone's needs, and our teams work relentlessly to build accessibility into everything we make. With these new features, we're pushing the boundaries of innovation with next-generation technologies that bring the fun and function of Apple technology to even more people — and we can't wait to share them with our users," said Sarah Herrlinger, Apple's senior director of Global Accessibility Policy and Initiatives.

Here are some of the features Apple has announced

AssistiveTouch—The AssistiveTouch, which Apple has announced for Apple Watch, will let users with limb differences to use the watch without having to touch the display or controls. "Using built-in motion sensors like the gyroscope and accelerometer, along with the optical heart rate sensor and on-device machine learning, Apple Watch can detect subtle differences in muscle movement and tendon activity, which lets users navigate a cursor on the display through a series of hand gestures, like a pinch or a clench. AssistiveTouch on Apple Watch enables customers who have limb differences to more easily answer incoming calls, control an onscreen motion pointer, and access Notification Center, Control Center, and more," Apple said in the blog.

Eye-tracking support—The iPad on the other has received eye-tracking features that would let users control the device simply by using their eyes. The sensors present on the device will track where a person is looking and then move the cursor accordingly.

Searching images through voiceover— Using this feature users can find out more details about an image with descriptions.