Apple is expected to upgrade the previous iteration of iPhone SE 2020. Also, a new device popped up in media reports dubbed as iPhone 12S Pro. To clear the air around these, we rounded everything we know so far about these devices. 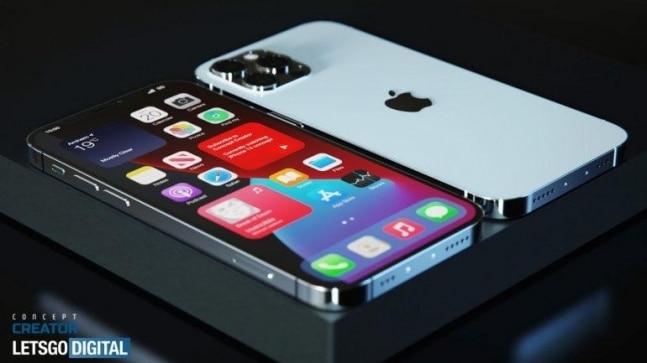 The iPhone SE 2020 was hugely applauded in the tech community. It is an excellent value for money device with a beefy chipset, a decent camera system which falls a little short on battery life. Apple might want to fix battery life and the huge bezels on the upcoming iteration, i.e., iPhone SE 3.

As of now, we have gathered a decent chunk of information about the iPhone SE 3 and the iPhone 12S Pro. So sit back and read the complete article to find out everything we know about these two devices. --The render shows a flatter design similar to the iPhone 12. The device is expected to see a single camera sensor with an LED flash on the rear. Also, on the upcoming iteration, the Touch ID might be swapped out to incorporate an in-display fingerprint scanner. If these design changes come out to be true, we might see a significant increase in this device's overall pricing. -- As per the specifications, we expected the device to ship with a 5.4-inch high-resolution IPS LCD panel. Reports suggest that this device will be powered by Apple's A14 Bionic chipset coupled with 4GB of RAM. Further, the reports suggest three storage variants of the iPhone SE 3 - 64GB, 128GB and 256GB.

--In terms of optics, the device might see a 12-megapixel f/1.6 lens on the rear; however, the lens used on the front shooter is currently unknown.

--As far as iPhone 12S Pro is concerned, we have a few renders from the likes of a Dutch tech blog LetsGoDigital and Concept Creator(Youtuber). The concept video reveals a device that looks almost identical to the iPhone 12 Pro. However, the notch has been replaced by a speaker grille and a selfie shooter. Also, the lightning port can be seen missing on the concept renders. So, it's easy to predict that the Cupertino might completely switch to wireless charging soon. The rear of the device also showcases a triple back set up much like the iPhone 12 Pro.

--The iPhone 12S Pro is expected to feature a 6.1-inch OLED panel with support for 120 Hz refresh rate. The device is also rumoured to get an in-display fingerprint scanner alongside Face-ID for authentication.

--Every year, Apple ships its devices with a new chipset and the same is expected for the iPhone 12S Pro. The device may be powered by the A15 Bionic chipset plus 5G and WiFi 6E. --Previously leaks had suggested an improved Ultrawide sensor on the Pro. However, the latest reports hint towards no change in the camera system.

The iPhone SE 2020 was launched back in April 2020. But looking at the current reports the device is unlikely to ship in the coming months. We expect the two models to arrive somewhere in September alongside the highly awaited iPhone 13.

iPhone SE Plus specs and features float on the web, seem real but make little sense
Apple iPhone 13 may come with optical in-display fingerprint sensor
iPhone 13 series to launch in 2021: Possible specs, India price, features, and everything we know

iOS 14.5 will let you unlock your iPhone while wearing a face mask