This flagship smartphone comes almost a year and half after Mi 4, of which the company claims to have sold over 16 million units across the world till date. 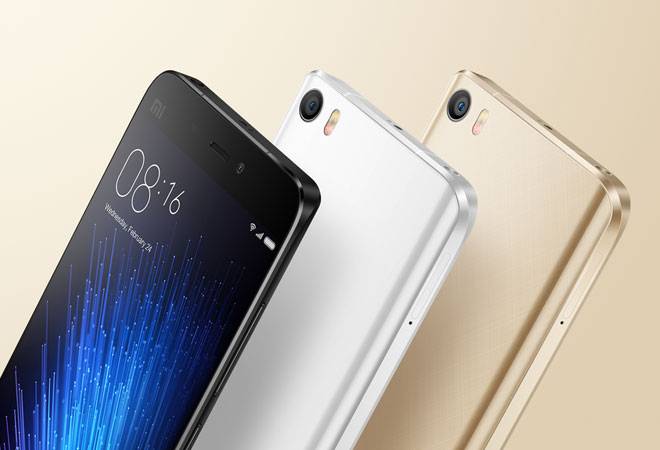 This flagship smartphone comes almost a year and half after Mi 4, of which the company claims to have sold over 16 million units across the world till date.

Xiaomi Mi 5 features a 5.15 inch full HD display, a metal body, 3D ceramic back, which is durable and water resistant. Xiaomi has added a finger print sensor below the display that also bundles as a home button.

The company has designed a sleek device at 7.25mm with a 3000 mAh battery that weighs 129 grams. It will be available in black, white and gold colours.

The device is powered by Qualcomm's latest chipset, Snapdragon 820, which is powering some of the other flagships including Samsung Galaxy S7, Sony Xperia X and LG G5. It is paired with LPDDR 4 4GB of RAM.

During the launch presentation, the company claimed that the device offers a high score of 142,084 on AnTuTu benchmarks with high specifications. The new chipset used offers double the performance and consumes half the power as compared to the previous generation Qualcomm processor.

It has Sony IMX298 16MP sensor and Qualcomm Spectra image processor. And also features face detection auto focus, DTI for producing better colours and a 4-axis OIS that helps in capturing better images in low lights conditions as well when hands are shaking. It can capture 4k videos. Other features include sunlight display, reading mode and more.

The device will be available in three variants - the top of the line is called Mi 5 Pro with Snapdragon 820 processor clocked at 2.15GHz paired with 4GB RAM and 128GB storage. It will be priced at Yuan 2699 (Rs 28,302 approximately).

The device will go on sale on March 1 in China and is expected to be launched in India soon. The final price for the Indian market will also be revealed closer to the launch.

Now, wish your friend on b'day with 15-sec FB video