Lava to launch Made in India smartphones on January 7 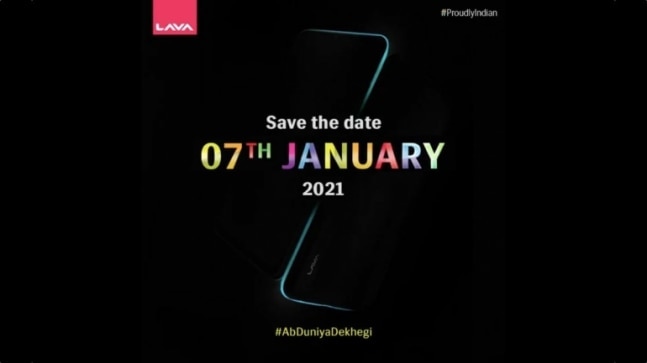 Lava Mobiles, a homegrown smartphone company, has announced it will hold an event on January 7 to showcase what it is calling the "game-changing moment in the smartphone industry." This is an indirect hint at the comeback of the brand to the mainstream mobile phone market days after its rival Micromax returned to the market with the launch of IN sub-brand. The reemergence of Lava Mobiles and Micromax comes against the backdrop of anti-China sentiment that followed the border clashes between India and China.

In a video, Lava Mobiles president and business head Sunil Rana made the announcement for the launch event scheduled for next month. He even said that smartphone engineering never evolved as much as it has this year. I am not sure what specific feature or technology shift Rana is talking about but it surely has raised curiosity in me to know what Lava Mobiles is up to. Expectedly, Lava Mobiles will launch new smartphones next month as the company hopes to fight off Chinese onslaught in the market.

Lava recently launched the Be U smartphone in India for Rs 6,888. It is available to purchase now from leading sellers, which is why it is unlikely to be at the centre of the next month's announcement. The Lava Be U smartphone comes with a setup of 13MP and 2MP dual cameras on the back and a single 8MP selfie camera.

According to Counterpoint Research, Xiaomi, Oppo, Vivo, and Realme are among the top five smartphone companies in India. The fifth spot is secured by South Korea's Samsung. Although both Lava Mobiles and Micromax have been doing their business since Chinese smartphone companies hurt their smartphone business, they have mostly been low-profile. Both Micromax and Lava Mobiles have been selling feature phones and low-cost smartphones in the market while their mainstream smartphone business went kaput. It was only after the government announced the Production Linked Incentive (PLI) scheme that homegrown brands made some noise after a long silence.

The biggest pitch both Micromax and Lava Mobiles are making is the fact that they both are Indian companies. However, that might not be entirely true. Micromax's Rahul Sharma said in an interview that some smartphone parts are sourced from China and other countries, which kind of undermines the anti-China urges in the market. Lava Mobiles has not said anything on this.

Lava Mobiles is also one of the companies that manufacture low-cost smartphones on a contractual basis. It has contracted several companies to make their handsets, including Nokia. Lava Mobiles is also reportedly in talks with Motorola to manufacture their handsets. The company also makes smartphones for American carrier AT&T as a part of the contract. The production increased after the PLI scheme came into effect, which could be one of the reasons why Lava Mobiles planned making a re-entry to India's smartphone market.

For now, we do not know what Lava Mobiles has planned for the January 7 event but that should be out as we move closer to the date.

Tech in 2020: The year when homes got smarter…of course, there was nowhere else to go