Realme 6 and Realme 6 Pro are set to launch in India on March 5 at an online event. 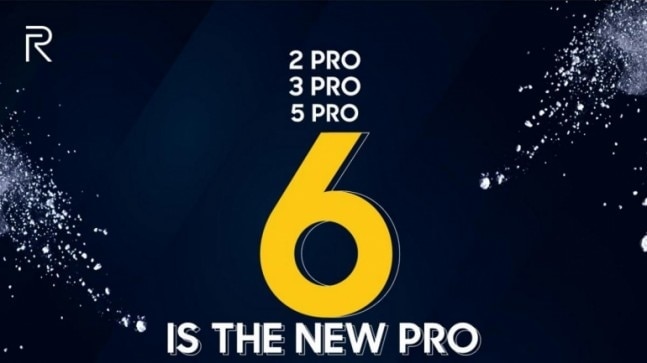 Realme 6 will be the new 'Pro'

Realme 6 series will be launched in India on Thursday, March 5. Due to the unprecedented rise in coronavirus cases in India, the brand cancelled its on-ground event but will still go ahead with the launch via a live stream. The Realme 6 series will comprise two phones initially the Realme 6 and Realme 6 Pro as per the tradition that began with the Realme 3 series. The Pro' models of the Realme number series have always been about a mix of some might specifications with a unique design that has so far worked for the company's portfolio. Realme is now looking to shuffle this hierarchy a bit with Realme 6.

According to an explainer tweet by Realme India CMO Francis Wang, the Realme 6 will officially be the successor to the Realme 5 Pro while the Realme 6 Pro will be a new top-tier phone in the brand's smartphone family. From the pricing perspective, realme 6 is not a successor of realme 5. Our product portfolio has been redefined. #realme6 is our new pro, Wang wrote in his tweet. This means that the Realme 6 is the new Pro' onwards while the Realme 6 Pro could be positioned at a different segment now, which may not be related to any of the previous Pro' models.

While the rejig seems crucial for the phone line-ups, it also affects the pricing of the Realme phones. Wang added, Hope this clarifies price part - which alludes to higher pricing of the Realme 6. Had the clarification not been issued, the Realme 6 would have been speculated to be priced on the lines of Realme 5. This also means that the Realme 6 Pro will not enter a new price segment, which may not be like the Realme 5 Pro's price somewhere in the upper mid-range segment maybe.

Honor Magic Watch 2, Band 5 and Band 5i get cheaper on Amazon: Check out new prices

Coronavirus impact: Here's the list of tech events that were cancelled