Realme is likely to launch its first tablet and its first laptop at the upcoming event. 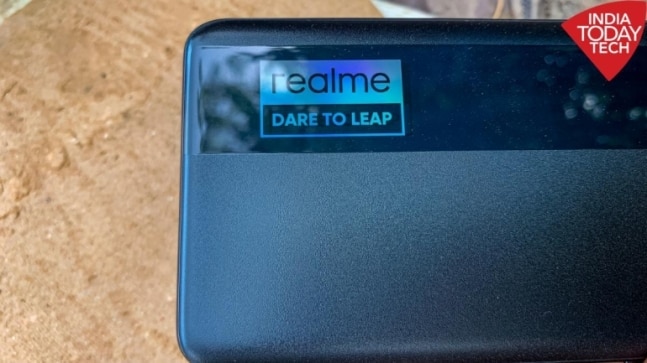 Realme has a big event coming up. On June 15, the tech company will launch the GT 5G flagship globally, but that is not going to be the only product to break the cover. Realme is likely to announce its first laptop, the Realme Book, as well. And now, there are high chances that the company's first tablet may also debut on June 15. Realme's marketing chief Francis Wong took to Twitter to run a poll on what the company should call its first tablet. That itself is a confirmation that the Realme tablet is happening. Now, the options are Realme Pad and Realme Tab, but a leak hints at the former.

Wong's poll on Twitter gathered a huge response, which sort of shows that people are interested in buying tablets, the demand for which has grown manifold since last year because people were forced to stay at home. Wong threw two options in the poll, the Realme Pad and the Realme Tab. The poll ended with Realme Tab getting the maximum votes. It is not quite mandatory for a tech company to follow the decision of naming a product based on such polls. And that is why it is not certain that the company's first tablet will be called Realme Tab.

To back up this, the Android Authority got hold of some images taken during a rehearsal of the June 15 event. And one of the slides during the presentation shows the Realme Pad as the name for the upcoming tablet. Now, the Realme Pad sounds more in harmony with some of the popular tablets on the market. There is the Apple iPad and the Mi Pad from Xiaomi. The leaked images do not show what the tablet looks like, but we may find out some information in the next few days until the launch.

Because leaks are not quite abundant, it is not clear what Realme Pad will come with specifications-wise. There is definitely going to be an Android operating system, but whether this first tablet from Realme will be a premium one is something we will have to wait to find out. If Realme is targeting the bigwigs, you can definitely expect high-end specifications, such as an OLED display, four stereo speakers, a Qualcomm Snapdragon chipset from the premium lot, and good cameras, among others.

Realme Pad, although good, may not even be the final name. It is very possible for companies to make changes to the names of their products. And now that the cat is out of the bag, thanks to the leaked image, Realme may actually heed the poll and name its tablet Realme Tab, instead.

Meanwhile, Realme is also planning to launch some AIoT products at the upcoming launch. One of them might be the Realme Vacuum Robot, which India Today Tech exclusively reported earlier this week. The Realme Vacuum Robot is coming to India ahead of Diwali, but its global launch may actually take place on June 15 alongside the Realme GT 5G.