Microsoft Xbox Game Pass gets Fallout, Yakuza: Like A Dragon, and 9 other new titles

Bethesda took the lion's share in the list of new game titles coming to the Microsoft Xbox Game Pass.

Microsoft showed off its biggest lineup of Xbox games at E3 2021. Of 30 titles that Microsoft unveiled at the event, 27 are coming to Xbox Game Pass, which took the spotlight at the Xbox & Bethesda Games Showcase. The 27 game titles that Microsoft announced include both new and old ones. 11 new titles are joining the Xbox Game Pass for consoles and PC starting today, and they include Yakuza: Like A Dragon, Fallout, Fallout 2, Fallout: New Vegas, Arx Fatalis, among others.

The biggest slate of games on the Xbox Game Pass is coming from Bethesda, which announced Yakuza: Like A Dragon, Arx Fatalis, Dishonored: Death of the Outsider, Doom, Fallout, Fallout 2, Fallout 3, Fallout: New Vegas, Fallout: Tactics, Rage, The Evil Within 2, Wolfenstein II: The New Colossus. Many of these games are coming to the console, PC, and the cloud, but a few will be available only on the console and PC, while some will make it to only the console and cloud. 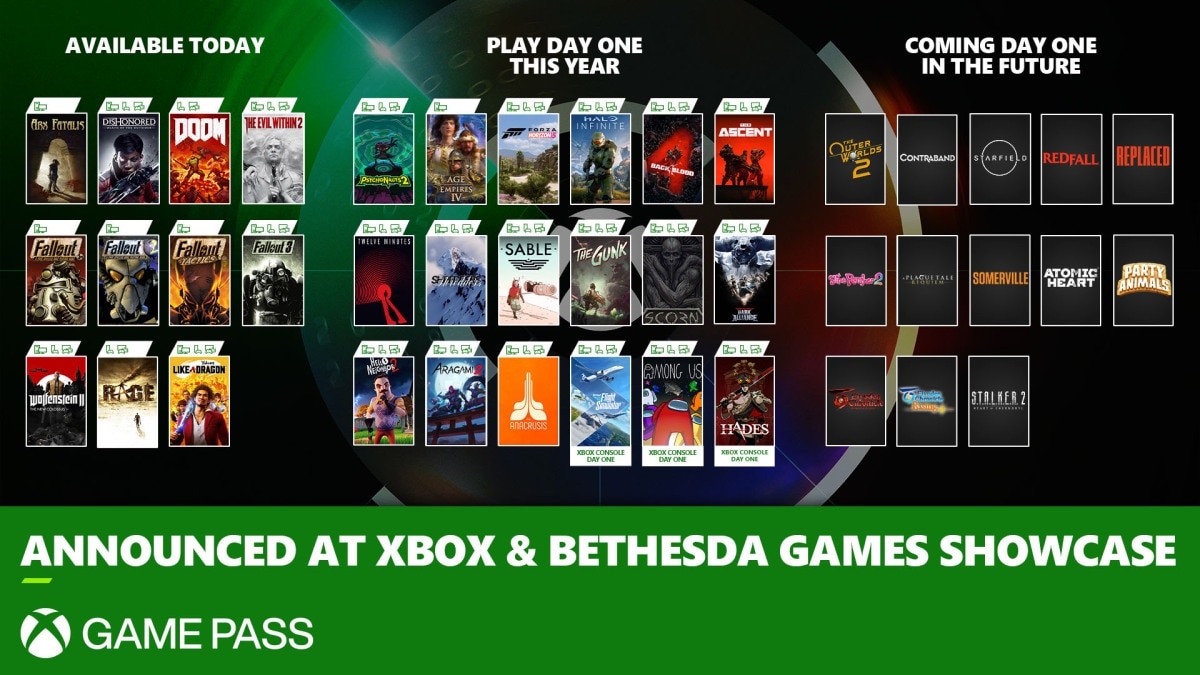 Apart from the Bethesda titles, Microsoft is adding 16 more titles, and that includes Forza Horizon 5, Dungeons and Dragons: Dark Alliance, Halo Infinite, and The Gunk, among others. Here is the list of all games coming on day one this year for Xbox Game Pass:

Microsoft did not just stop at this list. It revealed a horde of more titles coming to Xbox Game Pass Day One in the future. The list includes: