The company is reportedly working on an Undo button but it will not be available to all the users. For the longest time, Twitter users have demanded an edit button but the micro-blogging site has never paid any heed to demands. However, it is bringing some respite for the users soon. The company is reportedly working on an Undo button but it will not be available to all the users. The feature will be only available to the users who agree to pay for the services! Yes, you read that right. The undo button will only be available to the paid users.

Tech Researcher Jane Manchun Wong, who first reported about Twitter working on an Undo button, has revealed additional details about the same on her Twitter handle. As per Wong, Twitter is working on the feature it will only be available to the subscribers. She posted a screenshot from what looks like a subscription setting homepage. It interestingly features the "Undo Tweet" option. Twitter already has the delete tweet feature but this one is going to be slightly different. The delete tweet button deletes the tweet entirely but the Undo button can be used to stop a tweet from getting posted. 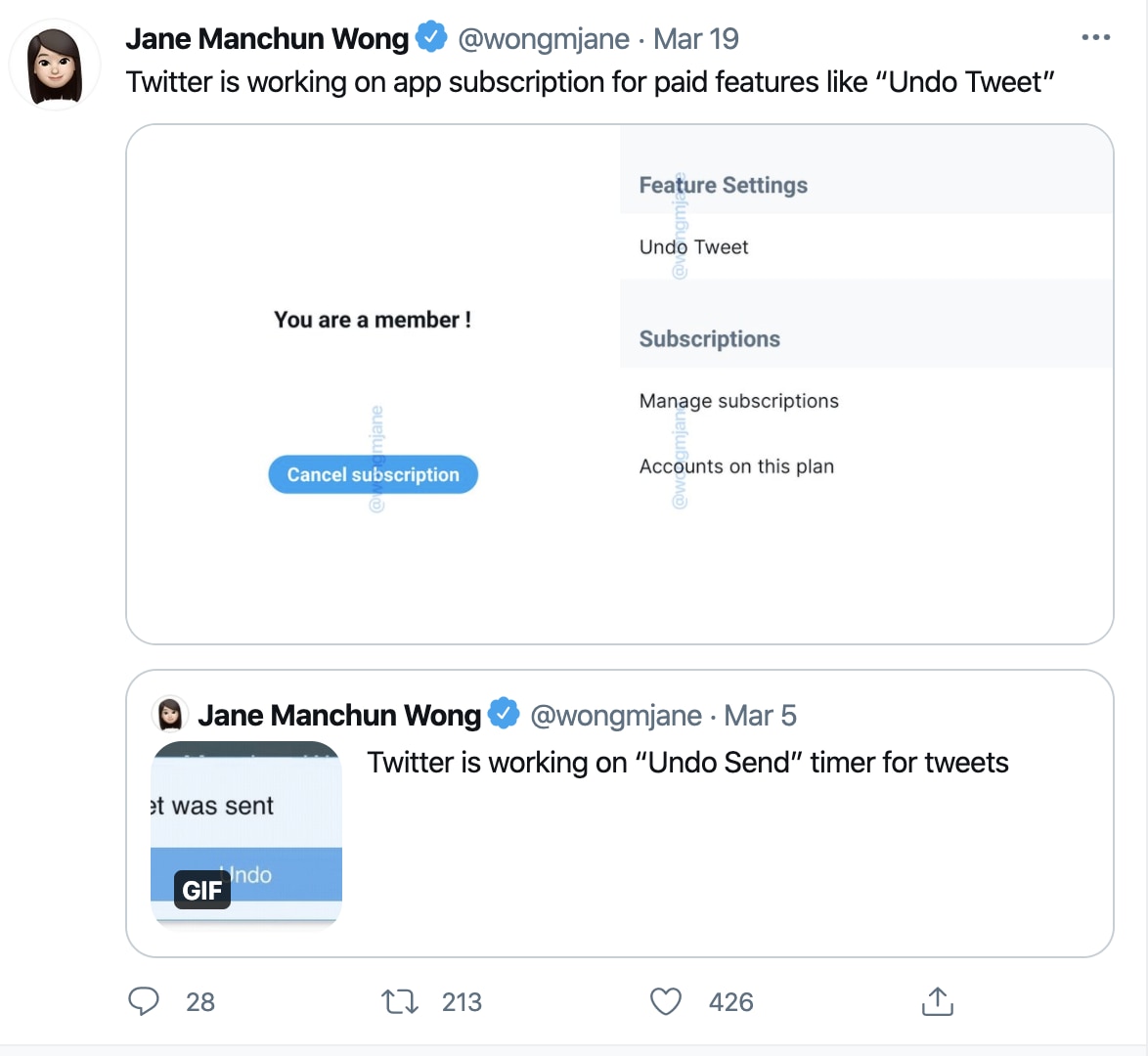 For instance, if you have made a factual or a grammatical error in your tweet, you can use the undo button to first correct your mistake and then post it without deleting the entire tweet. It definitely saves a lot of time but comfort comes at a price so only the paid subscribers will have access to the feature. Twitter had confirmed working on the feature in an email to CNET.

The Super Follow mode that Twitter plans to introduce will let the users make money for their tweets. The followers will have to pay money to get access to the exclusive content of some of the popular creators, influencers including tweets, a badge indicating support, a subscription to the newsletter, and more. Twitter would charge a monthly amount of $4.99 for a Super Follow subscription. This will help the publisher earn money from his fans.

"Exploring audience funding opportunities like Super Follows will allow creators and publishers to be directly supported by their audience and will incentivize them to continue creating content that their audience loves," Twitter said in a statement. The company is yet to roll out the feature officially.