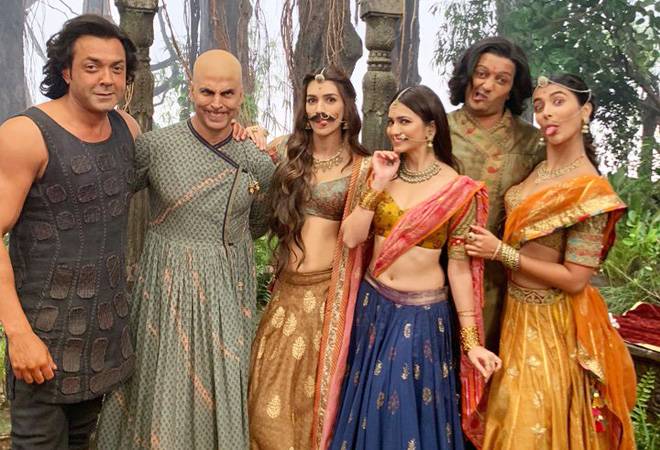 Housefull (part 1) was released in 2010, which was directed by Sajid Khan. The Housefull 2 and Housefull 3 were released on 2012 and 2016, respectively. Housefull 4 hit the screens on October 25, alongside, Taapsee Pannu-Bhumi Pednekar Saan Ki Aankh and Rajkummar Rao's Made in China.

Housefull 4 had the advantage of being a star-studded sequel of a successful franchise and, more importantly, had a bigger screen count. The film released in over 3,500 screens, as compared to Made In China and Saand Ki Aankh, which had opened across 1,500 and 1,000 screens, respectively. Made In China has earned nearly Rs 11 crore, whereas Saand Ki Aankh has grossed Rs 18 crore.

On November 8, Ayushmann Khurrana's film Bala is also set to hit the theatre. It would be interesting to see whether Ayushmann's film is able to stop Housefull 4's dream run at the box office or not.