Budget 2021: Deemed to be one of the fastest growing sectors, the gems and jewellery industry is highly export oriented and labour intensive 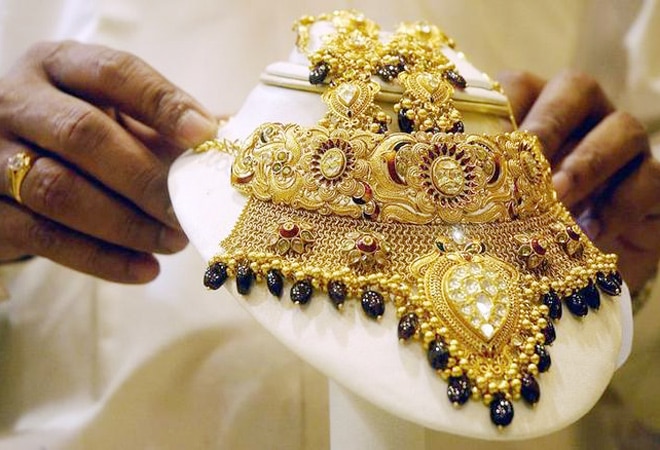 The gems and jewellery sector contributes around 7% to India's GDP and employs nearly 5 million people, which is likely to reach 8.23 million by 2022.

The sector is also among one of the largest in the world, contributing 29% to the global jewellery consumption. Basis its immense potential for growth, the government has declared the sector a focus area for export promotion.

Deemed to be one of the fastest growing sectors, the gems and jewellery industry is highly export oriented and labour intensive.

The sector which lost much of its sheen to the coronavirus pandemic was quick to recover and reached pre-COVID levels in November and December last year as demand picked up in all major markets.

However, the sector is looking to the government to stabilise the economy which will further help boost its growth. The industry, in its budget recommendations, has sought a reduction in import duty on cut and polished diamonds to 2.5 per cent from the current 7.5 per cent among others.

It has also urged the government to cut customs duty on gold to 4%, withdraw tax collected at source (TCS), reduce import duty on polished precious and semi-precious gemstones in the Union Budget 2021.

"We urge the government to reduce customs duty to 4 per cent from the current 12.5 per cent. If the tax rate is not kept at this level, it will encourage smuggling and encourage people to do unorganised business," All India Gem and Jewellery Domestic Council (GJC) Chairman Ashish Pethe told PTI.

He further urged the Centre to keep goods falling under HSN-71 (Harmonised System Nomenclature) out of the purview of TCS provisions as the amount of funds blocked in TCS is 6.67 times more than the ability to pay income tax, resulting in blockage of funds.

Pethe also said the facility of equated-monthly instalment (EMI) should be extended to the gems and jewellery industry and the cash purchase limit should be increased to Rs 1 lakh from the current Rs 10,000.

Gems and Jewellery Export Promotion Council (GJEPC) Chairman Colin Shah urged the government to reduce import duty on cut and polished precious and semi-precious gemstones to 2.5 per cent, from the current 7.5 per cent.

In its Budget recommendations, GJEPC has also proposed a hike in import duty on synthetic cut and polished stones to 25 per cent from 5 per cent.

Shah said GJEPC has also proposed amendment in taxation provisions to allow the sale of rough diamonds in special notified zone in Mumbai.

Malabar Group Chairman MP Ahammed has urged the government that tax rate, including import duty on gold and GST, should be reduced to 7 per cent.

Ahammed has also said the government should create an enabling environment for the jewellery retail trade to introduce MRP pricing in jewellery without any pricing break-up in terms of GST or other taxes.

Currently, gold attracts 12.5 per cent import duty and 3 per cent GST and total duty and GST implication works out at 15.5 per cent.

"Such high taxes have led to large-scale smuggling and tax evasion. Therefore, reducing import duty-GST implication to 7 per cent is an effective measure to prevent those industry malpractices," he added.

Although the tax and duty implication is 15.5 per cent on gold, the actual implication comes to around 20 per cent after adding the mining royalties.

Therefore, Ahammed noted that the government should take steps to facilitate comprehensive development of the grade trade sector so that it can continue to play a pivotal role in the growth of the economy.

PNG Jewellers Chairman and Managing Director Saurabh Gadgil opined that 2020-21 has had a negative impact on the industry over all.

"While jewellers are on track to recover from the impact of the pandemic and a muted wedding season, we are hopeful that the Budget 2021-22 will look at the jewellery industry favourably and roll out many SOPs and important policy changes that can help revive the industry in the next one year," he said.

It is critical that the government also looks at policies that encourage banks to kick-start lending once again to the jewellery sector, which will help businesses across the board to maintain liquidity and ensure survival and success, he pointed out.

From the consumer perspective, he said gold should be deemed as an asset class like the mutual funds, allowing an increase in consumer investment confidence as well as availability of facilities like EMI schemes to invest in gold products.

"Setting up of a spot exchange, announced in the 2018 Budget on an immediate basis, will ensure consistency in pricing of gold across the country. This will boost consumer confidence and help people sell their gold at daily transparent prices," he added.

Soaring fiscal deficit remains a worry; record-high GST may be a silver lining