In a special address at the WEF 2020, Khan said Pakistan has decided to partner any other country only for peace and named the partnership with US as the one 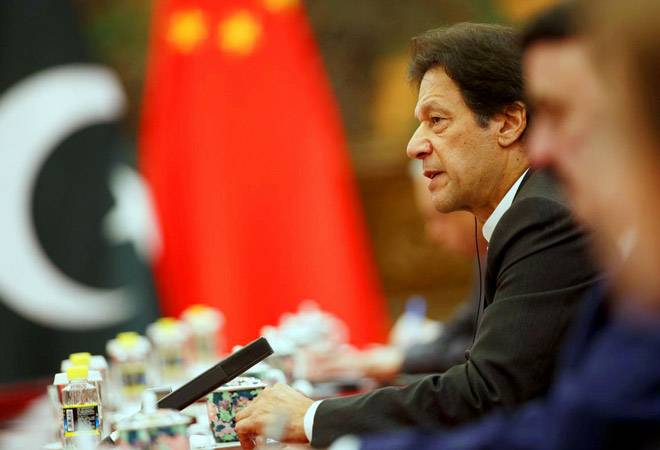 Pakistan Prime Minister Imran Khan on Wednesday said the world will realise the true strategic economic potential of his country when the relationship with India becomes normal, but that has "unfortunately" not been great.

He also said his vision is to make Pakistan a welfare state and asserted that economic growth is not possible without peace and stability.

In a special address at the WEF 2020, Khan also said Pakistan has decided to partner any other country only for peace and named the partnership with US as the one.

"I'm as old as Pakistan. Pakistan is only 5 years older than me. I've grown up with this country.

"Our founders wanted Pakistan to be an Islamist welfare state. As a teenager, I had no idea what a welfare state means. I knew this only after I visited England and then I decided that it if I ever get a chance, I'll work to make Pakistan a welfare state. That's my vision," he said.

"Also, as a child I fell in love with wilderness of Pakistan and its mountains. As I aged, I saw these mountains disappearing and the forest cover receding. So I also decided that I'll work to restore this natural beauty of Pakistan," he said.

The cricketer-turned-politician said he ran a successful campaign to plant a billion trees in the northwestern Khyber Pakhtunkhwa region.

"And then when I became prime minister, the plan was expanded to 10 billion trees. Pakistan is vulnerable to global warming and our cities have become very polluted. Lahore, just like Delhi in India, has seen pollution rising to very high level," he added.

"Image of Pakistan had taken a hit. So we decided we will join any other country only for peace. We have tried to ease tensions between US and Iran. Pakistan has partnered with US to drive Taliban out of Afghanistan," Khan said.

Talking about his administration, he said he had to take tough decisions, but the efforts are bearing fruit.

"When my government came into the power, we inherited the worst economic crisis in our history.

"I've been in public eye for 40 years but the sort of reaction I had to face in last one year is something I never faced because we had to take tough decisions. But those efforts have paid well and we are looking for a good economic growth this year," he said, adding Pakistan has improved in terms of ease of doing business.

"Pakistan is strategically placed at one of the best points in the world, with China one side and strategically aligned to us, and Iran on the other side.

"The second biggest neighbour is India. Unfortunately, relations with India have not been great and I will not like to go into those details. But the moment the relations become normal, the world will realise the potential of Pakistan," Khan said.

He also said Pakistan has huge potential for mountain tourism as well as religious tourism, including for Hindus and Buddhists.

Stating that Pakistan has a youthful population but they were neglected as they were not equipped to become entrepreneurs, Khan said now the government has started a programme of skill development.

The other advantage of the country is its untapped mineral wealth, including gold and copper reserves, he added.

Noting that governance is one of the biggest reasons why the country has not been able to fulfil its potential, Khan said his priority is now on that.

According to him, Pakistan is the eighth-most affected country when it comes to climate change, and the government has ambitious plans to make the country more climate-resilient.

Another priority is to preserve the God-given beauty of his country and the wild places of Pakistan, Khan said.

"My vision is to create a humane and just society in Pakistan where the government takes responsibility for the weaker sections of society," Khan said.