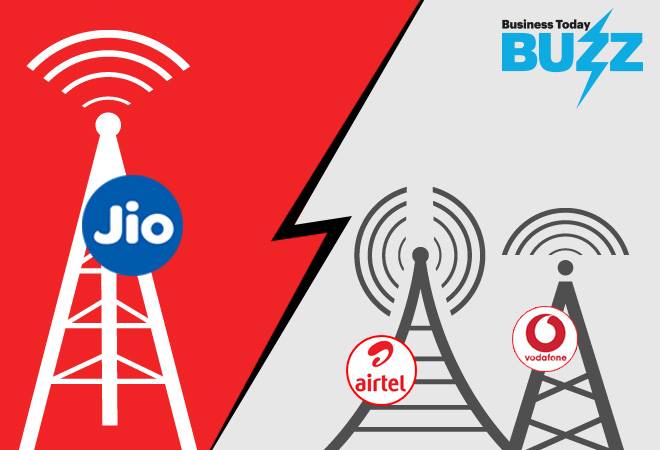 The telecom sector is brimming with money. The recent back-to-back rights issues of Vodafone Idea Ltd and Bharti Airtel worth Rs 50,000 crore, and Rs 7,000-crore worth of foreign currency perpetual bonds issued by Airtel has led to a situation where the paucity of funds is no longer a concern for the top two telcos in the country - at least for the time being.

Both the rights issues got oversubscribed, highlighting the appetite of investors even for a troubled sector like telecom. Since the launch of Jio's disruptive tariffs in September 2016, the incumbent telcos Airtel and Vodafone Idea were finding it difficult to get back on their feet, but the recent round of equity raising has changed the scenario, and there's a general optimism in the sector.

Till recently, both telcos were largely reliant on debt funding to meet their short- and long-term investment goals. The fact that they could raise a significant equity within a gap of few days is a sign that investors are hoping for things to get better for incumbents.

The last big equity infusion in Airtel took place in February last year when Singtel (which effectively owns 35.2 per cent in Airtel) invested Rs 2,649 crore in Airtel's parent Bharti Telecom through preferential allotment of shares. Vodafone Idea - which was formed last August when Idea Cellular and Vodafone India merged - saw equity infusion of Rs 15,350 crore from parents around the merger.

Leading telcos like Airtel and Vodafone Idea require a steady flow of funds to keep fighting in a hyper-competitive market. To raise such a big equity funding was not easy especially at a time when their financial condition is quite weak. Vodafone Idea posted a net loss of Rs 14,604 crore in 2018/19 - its third consecutive year of registering losses. Airtel's profitability, too, is under pressure though it has managed to remain profitable.

It is impressive that incumbents were able to attract investors who are aware of the financial might of arch rival Jio which has a backing of Reliance Industries and its phenomenally profitable businesses like oil refining and petrochemicals.

The rights issues have also cheered the sector because unlike in the previous equity infusions which were driven by parent companies, there's a big participation from the large institutional investors this time. Despite being highly leveraged, Airtel and Vodafone had the option of raising more debt but instead they took the tougher equity route, and investors didn't disappoint them. It's expected that the funds raised by telcos are going to give them just about a year. Vodafone Idea is reportedly using a large chunk (75 per cent) of these funds to repay debt, and Airtel will use for both capex and debt repayments. Airtel has spent close to Rs 48,000 crore in capex over the past two financial years, and its rival Vodafone Idea plans to invest some Rs 20,000 crore in networks over the next year. At that run-rate, these telcos would need to raise capital from other sources to expand and modernise networks.

Airtel is looking at selling stake in the towers business after the merger of Bharti Infratel and Indus Towers. It has already raised more than Rs 12,000 crore by selling minor stakes in Bharti Infratel. Besides, Airtel is planning a $1.25-billion IPO for its Africa unit this year. Money from the Africa IPO will likely go for the local unit there, but Airtel is also working on ways to reduce its debt burden.

For instance, it's reportedly in talks with Vodafone Idea to form an infrastructure investment trust with all their combined optic fibre assets. The trust will help these telcos in attracting long-term investment which will go into paring debt. A similar model is being followed by Jio which has two trusts - Reliance Jio Infratel and Jio Digital Fibre - that own most ofJio's fibre and tower assets. At the end of March, Airtel's net debt stood at Rs 1.08 lakh crore, and Vodafone Idea's net debt at Rs 1.18 lakh crore.

"Funds from these transactions, when they materialise, are expected to reduce debt meaningfully [for Airtel]. Nevertheless, an uptick in organic cash flows is critical for sustainable improvement in the debt coverage metrics," says ratings agency ICRA in a March report.

"The capital requirement in the sector would continue to be high given technology degradation and proposed 5G expansion. The pricing and market competition will continue to put pressure on profitability and cash flows. Prudency in financial and cash flow management is key for telcos," says Raja Lahiri, partner at advisory firm Grant Thornton India.

Analysts say that countering Jio is challenging, which is marching ahead like nobody's business, especially in terms of subscriber base and revenue market share growth. For instance, Jio's subscriber base has reached 306.7 million subs (as on March) in less than three years and it has garnered revenue market share (RMS) of 31.7 per cent in March, which is close to Vodafone Idea's RMS of 32.2 per cent, and Airtel's 27.3 per cent. Reports suggest that Jio is chasing an RMS of 50 per cent, and it's not going to stop offering the world's cheapest tariffs until it reaches that target. Vodafone Idea and Airtel have to willy-nilly follow Jio's footsteps.

As per brokerage Motilal Oswal Securities, Jio is now a leader in 16 out of 22 telecom circles. Bharti is leader in only Karnataka circle and Vodafone Idea in the remaining five circles. "Although Vodafone Idea remains the number one operator, it is fast losing ground and, at this pace, may find it difficult to retain this position over the next quarter or two," says a June report of Motilal Oswal Securities.

Telcos are also staring at a major shock in January when IUC (interconnect usage charges), the charges that telcos pay to each other for connecting calls, will be scrapped. At present, IUC charges are six paise per minute for mobile-to-mobile calls. It was reduced from 14 paise in October 2017. IUC contributes significantly to the revenues of telcos. Vodafone Idea has reportedly proposed to increase the IUC charges to 20 paise but its suggestion is unlikely to be heard.

Then, the 5G auctions scheduled for the end of the year is going to punch a hole in the financial condition of Airtel and Vodafone Idea. "5G is a distant future from strategy perspective of older telcos. They are yet to monetize investments in 3G/4G. Their primary goal is to convert voice users into data. Airtel is tying up with large content providers to fasten that shift. Still, I think it's going to take 3-4 years for the conversion to happen," says Tarun Pathak, associate director at Counterpoint Research adding that more than 50 per cent of telecom subs are predominantly voice users.

In 5G, spectrum pricing remains a critical factor. As per telecom regulator TRAI's recommendations, the reserve price for 5G spectrum in the 3300-3600 megahertz (MHz) band, which is used to deliver 5G services, is Rs 492 crore per MHz for a pan-India minimum block of 20 MHz. Telcos, particularly Airtel and Vodafone Idea, have called these prices exorbitant.

"We expect lesser competition in the auctions. The players will adopt a wait-and-watch strategy until next year. 5G is beyond speed; it will have more impact on enterprise users. Jio is expected to be a bit more aggressive on 5G. It aligns with their strategy. They have already captured the consumers' segment, the biggest piece open for them is enterprises, and 5G is meant for enterprises," says Pathak.

In March, Airtel and Vodafone Idea reported a drop of 15.1 million and 14.5 million subscribers, respectivel,y while rival Jio added 9.4 million users. The drop is attributed to the change in the strategies of incumbent operators who moved to minimum recharge plans - which starts at Rs 35 - to boot out low-grade customers. This seemed to have a positive impact on their ARPU (average revenue per user). Vodafone Idea's ARPU surged to Rs 104 in the March quarter compared to Rs 89 in the previous quarter. Airtel's ARPU for the March quarter was Rs 123, up from Rs 104 in the previous three-month period.

"After several rounds of consolidation, the telecom sector has reached some stability and the recent improvements in ARPUs indicate that the Jio's impact is weakening," says a telecom expert.

Analysts at Motilal Oswal Securities say that with slowing subscriber growth for Jio and the limited pricing differential, network capability will become the key differentiating factor for the players. "We believe Bharti and Jio's network capability is largely comparable. Vodafone Idea will likely require another 3-4 quarters to stabilize its network in the top 15 circles. As industry subscriber churn reduces with comparable network capability, the focus would gradually shift toward ARPU accretion to drive growth and profitability," says a report from the brokerage.

In 2015/16, during the heydays of telcos, there were murmurs of Reliance Industries' disruptive entry in the telecom sector, but nobody had imagined the scale at which it would unsettle the existing telcos. The new funding has given telcos some more time to continue fighting the tariff battle, and a fresh hope as buoyancy returns in a sector that has been witnessing disruption for nearly three years.