BT BUZZ: Why Mukesh Ambani's debt reduction plan for RIL is going to be tricky

In the last earnings call, RIL joint CFO Srikanth Venkatachari had said that the Facebook deal was 50 per cent of the target value unlocking that RIL has planned for Jio Platforms 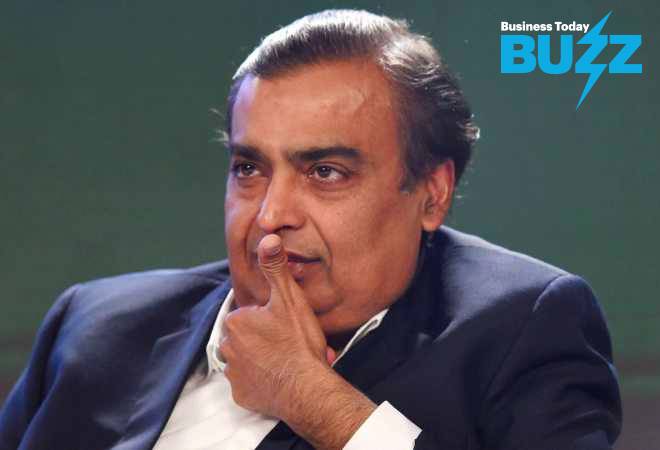 Reliance Industries (RIL) announced on Friday that global investment firm Vista Equity Partners is investing Rs 11,367 crore for 2.32 per cent stake in subsidiary Jio Platforms. This is the third investment in Jio Platforms in the past 16 days that has brought in Rs 60,596 crore. Along with the Vista deal, the previous two investments by social media giant Facebook (of Rs 43,574 crore) and US private equity firm Silver Lake (of Rs 5,656 crore) have resulted in equity sale of 13.46 per cent in Jio Platforms so far.

Analysts say that these deals have helped RIL reposition itself as a consumer and technology-focussed company. "By focusing on 'consumer + technology' in a less digitalised economy like India, RIL is augmenting its consumer business growth with global tech major partnerships. While partnership with Facebook can help Jio monetise customers through non-telco revenue stream, investments by Vista and Silver Lake will provide further cash for deleveraging," said Axis Capital in a recent report.

But that's not all. There are more such deals in the pipeline. In the last earnings call, RIL joint CFO Srikanth Venkatachari had said that the Facebook deal was 50 per cent of the target value unlocking that RIL has planned for Jio Platforms. "We have also mentioned that we have received interest from other global investors for a similar-sized additional stake," Venkatachari said.

In April last year, some reports suggested that Masayoshi Son-backed SoftBank was eyeing a stake in Jio; since then, there has been no word on that. But nothing can be ruled out as the current deals are non-exclusive in nature. "RIL and Facebook would be free to do similar deals with any other player," says Mahesh Uppal, director at consultancy firm ComFirst.

Going back to RIL's finances -- As per Hong Kong-based investment firm CLSA, RIL is currently pursuing eight asset sales worth Rs 3.4 lakh crore. These include three Jio Platforms deals (which are yet to get regulatory approvals), BP's Rs 7,000 crore investment in RIL's fuel retailing business, Saudi Aramco's Rs 1.11-lakh crore investment in oil-to-chemicals segment, and Brookfield's Rs 25,215 crore investment in tower InvIT (infrastructure investment trust). Then, there are at least two more deals in the works - stake sale in fibre InvIT and potential transaction/s of similar size as the recently-announced Facebook deal.

At the 42nd annual general meeting of RIL, its chairman and managing director Mukesh Ambani had set a target to become a 'zero net debt company' by March 2021. Some analysts say that going by the pace at which RIL is getting new investments, it's quite likely that RIL would reach that goal much before the deadline. In fact, Mumbai-based Antique Stock Broking says that there's a high likelihood of RIL turning net-debt positive by March 2021. Fair enough!

However, some analysts call Ambani's mission challenging. Why? Let's look at RIL's current debt position: At the end of March 2020, RIL reported gross debt of Rs 3.36 lakh crore, with cash and equivalents of Rs 1.75 lakh crore. As per JP Morgan, this gross debt numbers don't include Rs 70,000 crore of debt transferred to InvIT, Rs 50,000 crore of capex creditors, and spectrum liabilities of over Rs 20,000 crore. These (additional) liabilities add up to Rs 1.4 lakh crore.

Just around the time Brookfield deal was signed last July, RIL was actively looking for an equity partner in the fiber InvIT. So far, it has not made any headway. Though in the recent earnings call, joint CFO Venkatachari said that the negotiations are at an advanced stage with potential investors for the fibre assets. Industry experts say that the Jio Fiber business has not picked up pace (like its wireless business) due to not-so-disruptive price points, lack of aggression to fight out with well-entrenched competitors and longer gestation period in the fiber business. CLSA estimates potential investment of Rs 91,400 crore in the fiber InvIT which could make it the second biggest deal after the Saudi Aramco deal.

RIL is reportedly finalising the offer documents for the rights issues -- the biggest ever for any corporate -- for which it will try to get fast-track approvals from SEBI. The proceeds from the issue are likely to be used for reducing debt. Analysts say that the stake sale to Aramco is the centerpiece of RIL's de-leveraging strategy. But even that deal seems to have been questioned after the global crash in crude oil prices. The coronavirus outbreak has hugely impacted the demand for refining and petrochemicals which could potentially jeopardise the transaction. As such, the government has reportedly asked a court to restrain the Aramco deal. Again, RIL recently said that the due diligence on the Aramco deal is progressing well and that gave a sense of hope to investors.

"While the Saudi Aramco due diligence is ongoing, clearly with Covid-19 disruptions, the transaction would likely get pushed out. The key investor concern is whether the collapse in crude would lead to deal cancellation," says an April 22 report by J.P. Morgan. With two big transactions -- Saudi Aramco and fiber InvIT -- still in limbo, the deleveraging plans could hit a brick wall.