A week after announcing the intention to withdraw the lawsuits it had filed against Indian farmers, the US multinational PepsiCo has finally walked the talk 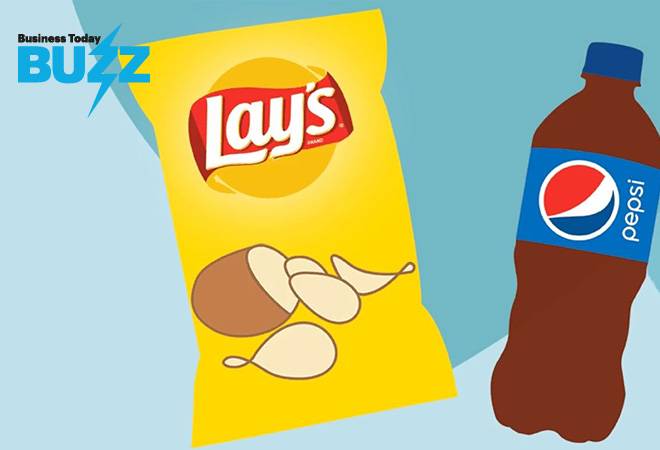 Pepsico has sought compensation of Rs 1.05 crore from each farmer for estimated damage caused by alleged infringement of the intellectual property rights / Image Source: Twitter.com

On Monday, PepsiCo India informed a local court in Deesa, Gujarat that it is withdrawing the case it had filed against a farmer Fulchandbhai Kachchawa. It will be a moment of joy for all farmer group associations that had stood behind nine marginal farmers of Gujarat who were taken to court by PepsiCo for allegedly infringing the company's intellectual property rights (IPR) by cultivating and selling - without authorisation - a particular variety of potato that was developed by PepsiCo and supplied to a different set of farmers in the States of Gujarat and Punjab through a buyback arrangement.

Incidentally, Kachchawa, is not among the list of these nine farmers, as he and his brother Sureshbhai Kachchawa, both from the Malgadh village of Gujarat, were seen more as farmer- trader-entrepreneurs rather than sustenance farmers the others were. Kachchawa brothers run cold storages and have majority stake in local firms like Tirupati Balaji Cold Storages, Tirupati Balaji Chips Potato Private Ltd and Teknofine Foods Private Ltd.

It was considered that the $64 billion US snack food giant Pepsico's real targets were these Kachchawa brothers as they were suspected to be engaged in unauthorised harvesting, procurement and supply of this particular variety of potato in huge volumes. In fact, PepsiCo had successfully got the Gujarat High Court on April 18 appoint two Court Commissioners to inspect the premises of Tirupati Balaji Cold Storages owned by the brothers in two districts of the State to see the veracity of the charges framed against them.

Even the farmers' rights advocacy platform Alliance for Sustainable & Holistic Agriculture (ASHA) that was fighting for the nine sustenance farmers had distanced themselves from the Kachchawa brothers by inserting a clarification in their press release on May 2. "The ongoing cases in different Courts of Gujarat, including appeals in the High Court, appear to be PepsiCo India's attempts to crush all competition from local potato chip-makers or seed traders, and to cut off their competitors' raw material supplies from potato farmers.

While nine cases of farmers are ongoing in different courts including the Commercial Court in Ahmedabad, there are also some cases against cold storage owners and competitors that have reached the High Court of Gujarat. ASHA emphasises that it is concerned only with the farmers' cases," the press release said.

Now that PepsiCo has decided to withdraw its case against Kachchawa, withdrawal of the cases against small farmers is just a matter of time. The fear of PepsiCo exercising its right to penalise farmers for unauthorised use of a potato variety it calls FL 2027 is thus a matter of the past. Similarly, the question of cutting off raw materials for competitors and crushing competition from local potato chip makers has also lost its relevance.

The question that needs to be asked now is why PepsiCo decided to sue the farmers in the first place if the company was going to buck under pressure? Was its legal position weak? Similarly, why did it club sustenance farmers and the people with alleged commercial interests together if the fight was only to crush what PepsiCo saw as unethical or illegal actions that are harming its commercial interests? Finally, what will be its long-term impact on farmers given the fact that Pepsi was sourcing its entire raw material requirement for Lays potato chips - about 60,000 tonnes of its special varieties of potatoes from over 10,000 farmers from across India?

In a country where dominant pressure groups that believe multinationals are evil exist, one can never discount the power of political and social pressure, especially during election time. If Pepsico has reeled under pressure, it is also because its case was horribly ill-timed. Ever since the details of the company's litigation against farmers emerged, there was an avalanche of protests through social media and conventional means, by farmer groups and civil society activists from within the country and abroad.

Political parties - both BJP and opposition Congress - competed to outdo each other in criticising the decision as it is peak election time in India. Added to that was the calls for boycott of PepsiCo products from various interest and nationalist groups from across the country. It seems the pressure was too much to handle even if for a well entrenched global multinational like Pepsico.

ALSO READ:PepsiCo offers 'amicable' settlement to Gujarat farmers: Either join us or don't cultivate our potatoes

ASHA would want us to believe that the legal position of Pepsico was also weak. The groups cite Section 39(1) (iv) of the Protection of Plant Varieties & Farmers Rights (PPV&FR) Act 2001 to argue that this specific section of the sui generis statute that India brought in 2001 provides an entitlement to farmers of India to cultivate any variety that they would like to, including PVP-registered varieties. "It is clear that Section 39(1)(iv) is applicable irrespective of source of seed, type of seed, type of registrant, type of crop and to who and how the harvest was sold.

Nothing matters except whether the farmer has sold branded seeds or not, as far as farmers' rights are concerned," ASHA explains. So, why did Pepsico choose an Act that holds farmers' seed rights over the breeder's economic right over the PVP-protected variety to build its case? There cannot be an easy answer to the legal validity of Pepsico's claim because it was never tested in the Court of Law before.

Pepsico's decision to back out from the litigation seems to have been driven less by legal uncertainties than by social and political pressure. The argument makes more sense if one assumes that the company's real target was the people who were harming its commercial interests in a big way, than a few small players who were cultivating potatoes in small tracts of land. Pepsi's position right from the beginning was that it is willing to settle the matter, provided the farmers agreed to join its authorised group of farmers or stopped cultivating its proprietary variety on their own.

But, couldn't Pepsico have left out the small farmer and went after only the big ones? Not really, if it wants to establish the rights, which Pepsico believes, it has over FL2027. The idea, perhaps, was to build a case to see that its contract sourcing mechanism work seamlessly with farmers without such irritants. The case, if tested, would have created jurisprudence for others to follow.

The withdrawal is a message in itself, though. It will serve as a warning to companies that believe there is exclusivity for their registered seeds in India.

Farmers can rejoice at the moment. Only time will tell whether it will have an impact on future introduction of new varieties of seeds, which otherwise enjoys exclusive IP rights elsewhere.