In-depth: Why Rahul Gandhi's minimum income promise can be a reality 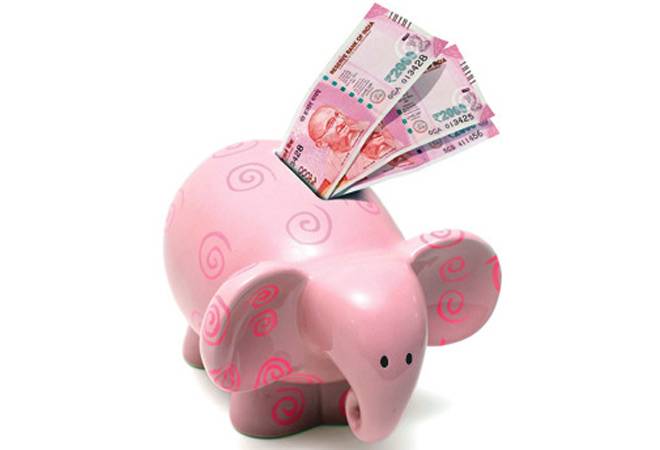 Congress President Rahul Gandhi's unexpected announcement promising a "minimum income guarantee to every poor" may have stumped many, but this is probably the idea whose time has come - to borrow Victor Hugo's words famously quoted by former Prime Minister Manmohan Singh while unleashing the liberalisation process in his 1991 budget.

That is because the world is experimenting with the idea of income redistribution in a big way for the past few years to overcome two major concerns of our time: vast and growing inequality and the threat of automation creating joblessness. India's concerns are no different. In fact, growing income inequality and unemployment are the two major concerns that the Indian policymakers need to confront but go abegging.

The basic idea of minimum income guarantee (MIG) is to provide income support to vulnerable people and families to ensure a life with dignity. In Rahul Gandhi's scheme of things, this is clearly meant for all poor - presumably, all those who fall below the poverty line. A clear picture would emerge once the details are unveiled.

Rahul Gandhi's announcement adds a twist to the debate on universal basic income (UBI) first mooted by the Economic Survey of 2016-17. The basic premise of the Economic Survey's UBI was: "A just society needs to guarantee to each individual a minimum income which they can count on, and which provides the necessary material foundation for a life with access to basic goods and a life of dignity".

In contrast, Rahul Gandhi's plan seems to target only the poor (whether he means 22% of population fixed as poor by Tendulkar or 29.5 per cent fixed by Rangarajan is not yet clear) and his "minimum income" has not been declared.

Poverty estimation by Tendulkar and Rangarajan
Click here to Enlarge

The difference between UBI and MIG is this: A basic income is generally understood as the poverty line (as do the Economic Survey and economists world over assume), while a minimum income is pretty much at one's discretion - equal, more or less than the poverty line expenditure.

While the Central government has stopped publishing employment data, ILO's 2018 World Employment and Social Outlook Trends says the number of India's unemployed is expected to rise from 18.3 million in 2017 to 18.6 million in 2018 and 18.9 million by 2019, at 3.5 per cent unemployment rate for each year. Newspaper reports say that the 6th Employment-unemployment Survey of 2016-17, which has been withheld by the government, shows the unemployment rate shot up to 3.9 percent - up from 3.7 percent in 2015-16 and 3.4 percent in 2013-14. This would mean a much higher unemployment number than the ILO's.

Every year, 12.8 million youth are joining the labour force looking for work. But such is the situation that in 2018 alone, 11 million jobs were lost - as the CMIE survey has shown.

As for inequality, French economists Thomas Piketty and Lucas Chancel have shown in their 2017 study, Indian Income Inequality, 1922-2015: From British Raj to Billionaire Raj? that India is more unequal now than any time since the British Raj and that the top 1 percent of earners capture 22 percent of total income".

The latest Oxfam International report says, 136 million Indians, who make up the poorest 10 percent of the country, have continued to remain in debt for the past 15 years; in 2018 alone, India's 119 billionaires saw their wealth mushrooming by Rs 2,200 crore a day on average. Oxfam's executive director found this "morally outrageous" and warned: "If this obscene inequality between the top 1 percent and the rest of India continues then it will lead to a complete collapse of the social and democratic structure of this country."

Selecting the poor and finding funds

Two questions have cropped up since Rahul Gandhi made his MIG announcement: One, how to select the beneficiaries and two, whether India's fiscal situation will allow this. The first one is easy to answer: The same way the Ayushman Bharat selects its beneficiaries - from the list of the Socio-Economic and Caste Census of 2011.

The answer to the second one would have to wait until Rahul Gandhi tells us his "minimum" amount.

Where would that money come from?

Well, one source could be the one that the government and RBI find every year to write off corporate loan defaults - better known as the non-productive assets (NPAs) - and "revenue foregone" in the budget for the corporate tax payers.

There are other ways to find funds too. As economist Pranab Bardhan has suggested, tax wealth, inheritance and long term capital gains and collect more tax from under-assessed/under-taxed property. That should be enough.

Just one caution: Whether UBI or MIG, don't fund it from the expenditure on 950 central schemes. These schemes include those of food subsidy, fertiliser subsidy, NREGA, SSA, LPG subsidy, awas yojana, gram sadak yojana, ICDS, Swachh Bharat, Mid-day meals etc. In other words, those are meant for long-term human development (health, education) and rural infrastructure (roads, housing) and can't be substituted with UBI or MIG.

Not at least so long as India remains at the bottom-pile in human development index and per capita income. Currently, India ranks 130th out of 189 countries in the UNDP's 2018 HDI ranking. Once India come out of the low income trap, then such schemes could replaced with cash transfers.