The average net profit of these 1,080 companies over last three years was Rs 5.35 lakh crore. The Corporate Social Responsibility (CSR) spend by NSE-listed companies crossed Rs 10,000 crore, witnessing an increase of 11 per cent in 2017/18.  This analysis, based on 1,080 companies, was released by nseinfobase.com, which is developed and powered by PRIME Database Group.

The average net profit of these 1,080 companies over last three years was Rs 5.35 lakh crore. As per CSR requirements, the amount required to be spent by them was Rs 10,686 crore. These companies, however, decided to spend a bit more at Rs 10,886 crore -- Rs 200 crore more than the requirement. However, Rs 1,717 crore eventually remained unspent. The final actual CSR expenditure by these companies, though, was Rs 10,030 crore, primarily because some companies spent more than what was mandated or decided earlier by them, representing an increase of nearly 11 per cent.

Here are some more interesting trends: 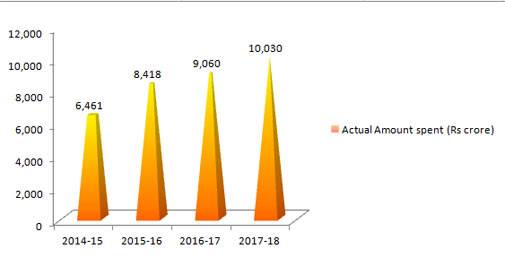 The top 10 companies together spent 36.06 per cent of the total spend on CSR 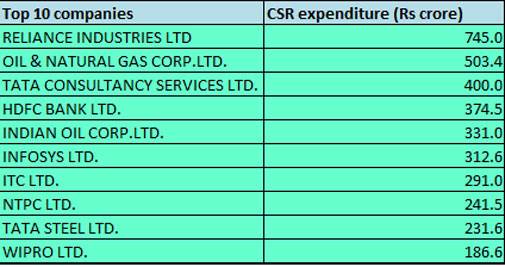 Around 27 per cent of the companies spent only directly on CSR-related activities, 25 per cent only used an external Implementing Agency while 38 per cent used a combination of the two. The balance 10 per cent did not specify the route chosen by them 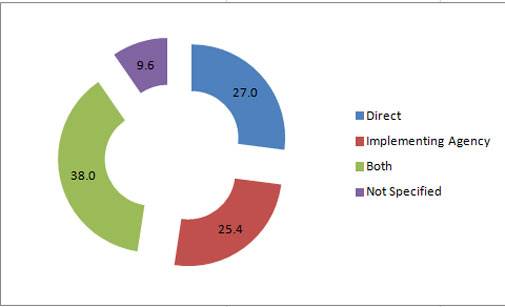