'GDP is important parameter but overrated; real issue is to see if we're competitive enough'

"There is an improvement in GDP numbers and subsequently in the economic activities as well. At the same time, private consumption was weaker than even the previous period. As a businessman, there are two important things." 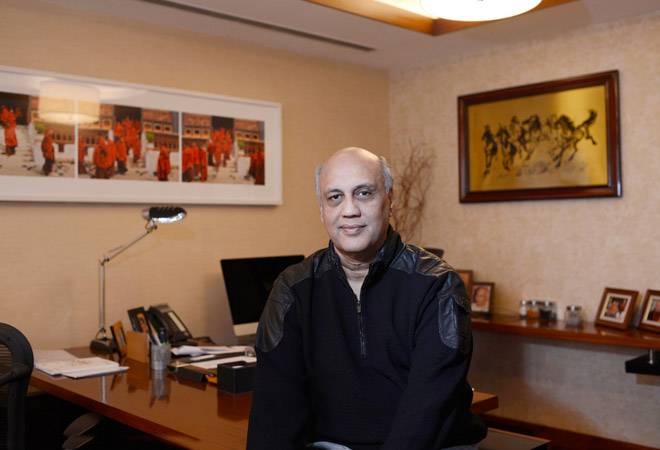 In recent past, India managed to improve its rating on ease of doing business and underwent massive reforms in terms of bringing in structural changes in the economy. This include demonetisation, rolling out of GST, prime focus on ease of doing business, putting money in the infrastructure building and dealing with corporate debt. This has already created disruption in businesses. Business Today's Anilesh S. Mahajan spoke to corporate honcho Sidharth Birla to understand the sentiments among businesses houses. Here are the excerpts of the interview.

Mr Birla, recently the government came up with GDP growth number for second quarter registering 6.7 per cent surge, this was seen as an upswing from the record bottom of 5.7 per cent dip in the previous quarter. What is your experience, what does these macro-numbers mean for businesses like yours...

There is an improvement in GDP numbers and subsequently in the economic activities as well. At the same time, private consumption was weaker than even the previous period. As a businessman, there are two important things.  Firstly, what is the consumption level and secondly, what is the net outcome of all that economic activities. The real issue is to see, if we are competitive enough or in other words, are we making enough money in competing with others. When compared to China, our source of competitiveness is missing. This is our major weakness. Logistics, manpower, energy cost, interest cost can all be included where India's competitiveness still lacks. This is the prime factor to attract future investments, since we are barely earning and repaying the funds borrowed in last 5 years. Thus, GDP is an important parameter but is over-rated. Investment is lacking behind no doubt, but what is more disappointing is the consumption level and the reason could accrue to the fact no industry could bring out 70-80% of capacity utilisation in last 5 years. We have to keep a sharp eye on consumption story. Without consumption story, there will not be sufficient revenues. There will be fewer activities, no employment and definitely no future investment.

What will be your suggestion? How can we push consumption in next two quarters?

There are two things. Firstly 80% of the consumption story is in the mind of the person. People need a feel good factor to kick-start the consumption. This is blown away because of two factors, a) bad circumstances and b) uncertainty. In last one year, demonetization and then GST brought uncertainty in the market. GST is no doubt a very good move, but it has resulted in pain for some of the people. Such uncertainty kills the discretionary demand. We have to reduce the mental uncertainty among the consumers. There is enough consumption strength in India, the main issue is to translate it to real consumption. This is the first thing that needs to be done. This partly requires putting money back in the hands of the people and this can be done by consumer credit, through tax savings etc. There are enough anecdotal evidences, that the basic consumption among those in the informal section has gone down, and many cases drastically.

In managing the macro-numbers a big task is the keep the gap narrow of fiscal & Current account deficits.  The experts fear some slips here. Any suggestions, how to go about it?

Theoretically, You can close the gap by not spending on critical components. That scenario will not help anyone, not even the economy. Constructive spending is critical. Government need to fix the revenue spending, and continue with the capital spending. The infrastructure sector is seeing a major push, and it is largely because of the capital spending government is doing. In days, when the private sector is not investing to most of our likings, the public funds are crucial. The fiscal deficit is a matter of policy, which we cannot decide. Spending above a limit is not good and cutting capital spending to reduce fiscal deficit is also not good. So, both the issues are there.

Another challenge is that that lot of FDI is coming to Brownfield projects, so this might sound fascinating that FDI numbers are increasing...but what are thoughts in corporate world?

Correct. A lot FDI is attracted in secondary market, stock markets. Huge amount is also waiting to come in, that too in stressed assets. At stressed assets, someone is actually going to lose valuation, i.e., original investors are going to lose valuation and other fellows are going to gain valuation. The good part is that the productive assets will remain productive but the fact is none of that capital is going to create any additional capacity. None of the FDI will come to MSMEs, and unless this sector grows, no jobs will be created.

The MSMEs mostly effected or have been killed by the demonetization and GST. Apart from this, they are the ones who are actually affected by the dumping happening because of cheaper Chinese products. So, what kind of scenario do you see in next 3-4 years?

Problematic. Ancillary suppliers will not be affected like the payers in open markets. Another big challenge is we don't have concrete and reliable data, along with this may of the players don't have their own voices. Traders are still audible, but we have not heard anything from hardcore manufacturing sector. I am not able to quantify their problems.

Many believe that there are several entrepreneurs -who may not want to come in the formal sector-largely due to direct tax, tax filing and other compliances issues

It may be because by avoiding the payment of these small amounts, which he is able to hide because of being in informal sector, is actually the margin he is earning. This is the same case with the many of the traders. This needs to be addressed. But unfortunately, many of them are afraid to disclose it, as they have a fear of future filings and compliances. No one has a capacity to pay for the past. This is appears to be a valid fear. For example, under voluntary disclosure scheme, (launched by NDA regime to capture black money both at domestic as well as foreign accounts), many couldn't. This was because they feared the taxmen may open the old cases. Many may want to disclose, but couldn't because of this mindset. They have this genuine fear that this will hamper working capital, which would routine work. That could be why these good schemes didn't evoke that kind of response. People had the willingness to pay but not the ability to pay. This is also affecting GST as some people are unwilling to take risk.

Another criticism, which implementation of GST faces is; Nobody i.e., the government, or industry bodies such as FICCI (Sidharth Birla led FICCI during a crucial discussions on GST) or CII did any comprehensive study to identify the challenges industry may face because of the implementation this new tax regime. Moreover, we journalists were floated with examples of the economies, which adopted GST. But most of them were not as diverse as India is, don't have this big informal sector.

There are two things. Firstly, the issue of principles. On principles, GST is very good. Yes from FICCI's point of view, the rate should be very well coordinated and minimize the rate differentials. We recognized at that time that because of various reasons and demography we need to keep differential rate. Secondly, because of the speed of roll out, everyone was busy in what the law should be, instead of more deeply participating in the rules. There was a very little time for consultation process, largely because of the time pressure. The combination of these two may have caused problems, in the initial implementation which is now is being sorted out. We majorly advocated for broadest basket of goods (to include alcohol, petroleum products), minimized differential rates and keep a reasonable rate.

The gap is very much and in fact has increased since past few years. The main problem, we pointed out in 2014 was not only the skill development aimed at the future, but the skills that existed were actually non-employable. The real need was to look out at the health of the agriculture, so that the pressure of supply of the people running away from agriculture is mitigated. We have to kill the supply of the surplus coming out of the agriculture by keeping them there, secondly we should have brought discipline willingly, which we are trying to do now by other means in the construction sector. But in the construction sector, there could have been far more activities, which the government intends to do now. In that case, even an unskilled person would have got employment (such road construction and all). According to a study done by Mckinsey, 40-45% of addition in jobs in future would have been taken care of if employment in construction would have increased. So, because of this skill development had very little to play with it. Bring everything under ministry of manpower, so that we can have a holistic thing from lower education level to labor employment.

Another issue that came in front of us is NCLT... that the promoters of the stressed assets will not be qualified to participate in the future.

This matter can be debated endlessly. All kinds of views go for large industries & small industries. The problems are very different. In small companies if promoter will not be able to come then it will be a problem. But if you will look it from two points. One is the process point of view and the other is ethical point of view. Ethically I think a promoter getting a chance at IBC stage is an issue (they have lost all possibilities available to them). You have all the opportunities up to reaching till the IBC stage. Forget India, anywhere in the world, it may not be an acceptable solution.

How does US do it?

They have super version of SICA (in chapter 11). The Systemic mindset has to be clinical. In India it's sometimes not clinical, its more emotional (as a society). Their main motto in USA is that their productive asset must not stop operating. Their assets move separately from their liabilities under the restructuring process. India is not moving in the same direction. Of course, in US too, people have misused chapter 11 to not to pay liabilities. But this I believe can be fixed.

Flipkart is betting big on artificial intelligence with its new internal wing, AIforIndia

2G spectrum scam: Congress, DMK stand vindicated, but will it be a short-lived joy?