For the first quarter of FY21, Hero MotoCorp reported total sales of 563,426 units as most of its plants remained closed in wake of coronavirus pandemic 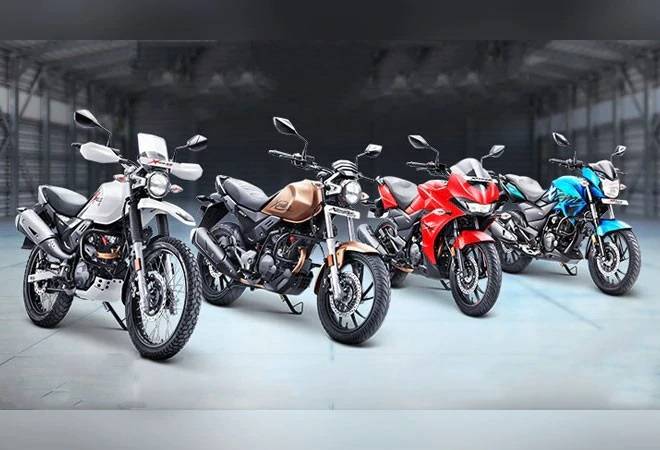 The company said it has achieved 90 per cent of its pre-coronavirus levels after reporting subdued performance in March, April and May. In February, the two-wheeler major had posted sales of 4.98 lakh units.

"Considering these are unusual and highly disrupted times, it is appropriate and logical to compare the sales trajectory in the sequential months, and not with the corresponding month of the previous year," the company said in a filing to the Bombay Stock Exchange.

For the first quarter of financial year (April-June) 2020-21, Hero MotoCorp reported total sales of 563,426 units as most of the plants remained shut in wake of coronavirus pandemic.  "The sales in the first quarter of FY'21 was subdued due to the impact of COVID-19 and the effects of the closure of the plant operations and the retail outlets through the entire month of April and most of May," it said.

"We have demonstrated phenomenal leadership quality and tenacity to clock a sharp vertical growth in our sales at a time of massive disruption and uncertainty. This is an overwhelming reiteration of the enduring trust and faith that our customers repose in Brand Hero," said Pawan Munjal, Chairman and CEO, Hero MotoCorp.

"Sales of over 4.5 lakh two-wheelers in a highly disrupted month is also a clear signal of the resilience of the Indian economy to be able to revive in the face of any adversity. This has vindicated our strong belief in the robust fundamentals of the Indian economy," he added.

Munjal further stated that a major part of the market demand has emanated from the rural and semi-urban markets, which have been helped to a large extent by the various stimulus packages rolled out by the government. According to him, a combination of multiple factors, including the forecast of a normal monsoon, a bumper Rabi crop and the upcoming festive season are expected to keep the momentum going over the next few months.

The company said it has made significant progress in ramping-up the production across all its eight manufacturing facilities - six in India and two in global markets. More than 95 per cent of the customer touch points of Hero MotoCorp have been operational, also with strict safety measures and protocols in place, it said.

In the month of June, Hero MotoCorp launched an integrated online sales platform - eSHOP- to enable a seamless buying experience for the customers digitally. It also commenced the dispatches of its popular premium motorcycle - the Hero Xtreme 160R. The new Xtreme 160R is available at Hero MotoCorp showrooms across the country at price of Rs 99,950 (Front Disc with Single Channel ABS) and Rs 1,03,500 (Double Disc with Single Channel ABS).

Meanwhile, shares of Hero MotoCorp ended Wednesday's trade at Rs 2,547 apiece, down 0.05 per cent, against previous closing price of Rs 2548.35 on the BSE.