How start-ups are retaining their employees

According to a survey by Hay Group India, conducted last year, Indian start-ups face attrition rate of as high as 21 per cent despite being good paymasters. 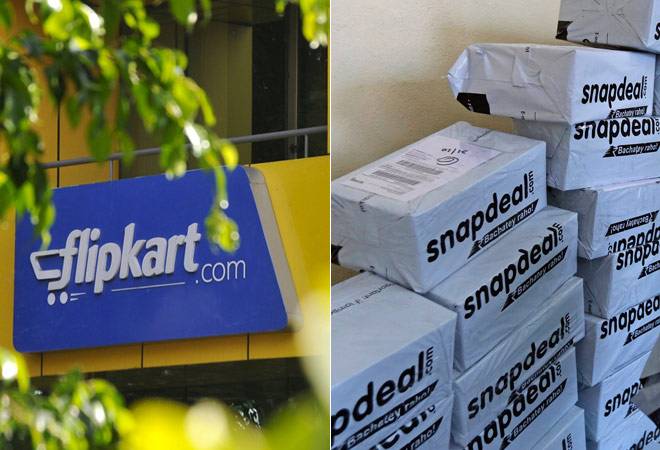 Most Indian start-ups recently have either gifted expensive items to their employees or announced innovative policies for them.

However, these firms are not an exception, in fact most Indian start-ups recently have either gifted expensive items to their employees or announced innovative policies for them.

One of the reason of this trend among start-ups in India is a high attrition rate, which has emerged as a big problem for most of these start-ups. Also most employees in India don't want to leave the stability provided by old economy companies and it's a challenge for start-ups to hire experienced talent from top companies.

According to a survey by Hay Group India, conducted last year, Indian start-ups face attrition rate of as high as 21 per cent despite being good paymasters.

"Indian start-ups still face an employee attrition rate of 17 per cent which rises to 21 per cent in growth start-ups and the most common reason for attrition was found to be pay, as cited by 34 per cent of the participants," the survey had said.

While a recent survey by TimesJobs.com had also revealed that 88 per cent of professionals working in different start-ups want to switch to larger companies and they might face a attrition problem in future as they seek to scale.

Meanwhile, the start-ups are doing all they can to retain their employees and keep them motivated. Here's a look at what Indian start-ups have on offer.

According to Saurabh Nigam, Vice President, HR at Snapdeal, the company recently launched a performance-linked employee stock option plan (ESOP) for its employees that rewarded top-performers over and above salary increments.

The e-tailer offers a host of benefits to its employees like adoption assistance program under which it gives an employee adoption allowance of up to Rs 50,000 and paid leaves.

It also offers its employees 3-months of unpaid career break.

Ola recently introduced a number of programs for its driver-partners. Under one such program called Ola Stars, the company provides its drivers with medical insurance, scholarship for children, fuel discounts and car-servicing benefits. Drivers are also given movie tickets worth Rs. 500 every month under this program.

In August, the company had launched a reward program 'Ola Premier League' for its cab drivers and winners were rewarded with a 2 BHK apartment, weekly foreign trips, consumer durables and free down payment and 3 month EMI for their cars.

On Diwali, Wingify gifted a FitBit Charge HR to all of their employees. The company also takes its employees for vacation to foreign destination every year; last year they had visited Thailand.

Besides this, it offers them option to work from home and claims that they have no policies for leaves and 'people can take as many leaves as they want provided it doesn't affect work'.

"Every employee at UC has end to end ownership of their tasks, which they hustle to complete by re-imagining. Apart from that we care for our employees by providing an outstanding medical insurance policy, free lunch and a free shuttle service," says Varun Khaitan, co-founder, UrbanClap.com.

"We also encourage team off sites: trips to Mussourie, Rishikesh and we believe in engaging with our employees in parties, coffee connects. We recently hosted a pets day in our office."

"Diwali celebration was great and we decorated their houses with Diwali lightings, celebrated in office and also gave them Battery packs and sweets. We have given working tablets to all field employees (as company assets) which after a year can become theirs if they achieve targets."

Paytm has set aside a $3-4 million kitty for its top performing employees. Last year, this kitty was $1 million. The company recently also announced plans to expand its employee stock option plans (ESOPs) pool, offering ESOPs to around 1,200 employees this year as against 600-700 last year.