Total assets under management (AUM) as on June 30 stood at Rs 1.12 lakh crore as compared with Rs 1.06 lakh crore a year ago 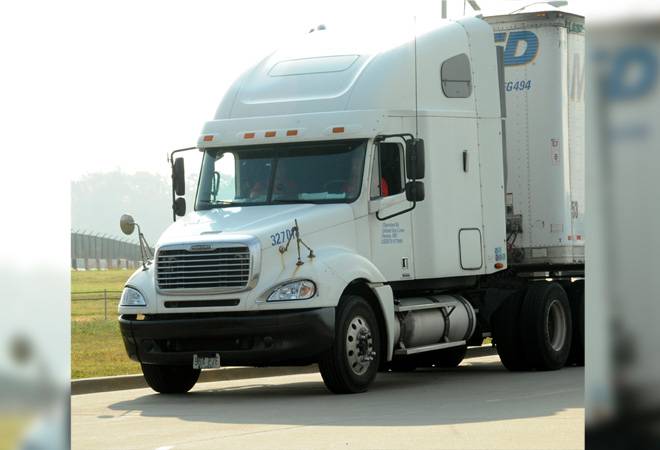 Shriram Transport Finance Company Ltd (STFCL), India's largest commercial vehicle financier, has witnessed a remarkable recovery in loan repayments since lockdown, and expects 90 per cent of its customers to make full or part payments in September. Umesh Revankar, CEO & MD, STFCL told BusinessToday.In that just 24 per cent of the customers had been able to make payment in April, the first full month of lockdown. "In May, 51 per cent of our customers made full or part payments. It increased to 71 per cent in June, while it remained almost flat in July and August. About 73 per cent customers made payments in August," Revankar said. STFCL expects September to be good because it is the first month without loan moratorium. "Since there is no moratorium, the collection has to be really good. In addition, most of the locations under lockdown have been opened up. The containment zones are the problem areas," said Revankar.

"By and large we have provided for the total likely impact of COVID-19 in the last two quarters results. We expect Q3 and Q4 performance and results to be good," he said. STFCL reported nearly 50 per cent drop in consolidated net profit at Rs 320.06 crore in the first quarter ended June. However, total income of the non-banking finance company (NBFC) increased to Rs 4,144.70 crore from Rs 4,031.18 crore. Total assets under management (AUM) as on June 30 stood at Rs 1.12 lakh crore as compared with Rs 1.06 lakh crore a year ago.

STFCL has raised Rs 1,500 crore through rights issue and the issue was oversubscribed by more than 1.6 times. The rural economy has been quite good so far as winter harvest which came in May/June was good and again the summer crops/ harvest that come in November/December is expected to be good, said Revankar. "We expect the business to be normal and to pre lockdown level by December as our customer segment is mostly owner-operator of the vehicle and less dependent on outside driver/helper. These borrowers as long as their immediate family members are not infected by COVID-19, are willing to operate, earn and pay the loans," he said.

The only segment which did not improve so far was aggregators like city taxi Ola, Uber among others. "However I expect from September first week they would also be able to operate in most of the places. Now with less restrictions on people movement and most of the office getting started, the people in business would start travelling. So there must be enough business for private taxis," he added.

"It should be total normalcy by December. Even if the festival period in October-November is likely to be good for the business, some sectors like travel and tourism will take a little more time to recover," he added. He said that the demand in the rural market has been quite good and the NBFC should be able to improve business there with better penetration. "We feel that the urban demand will also start increasing after the government's infrastructure spending goes up," he said.

When is COVID-19 vaccine expected? Final results likely by this date