Ruchir Modi wrote to the corporate affairs ministry seeking an SFIO probe into "serious irregularities" in the running of the company. He also sought a Sebi probe for violations of the listing norms 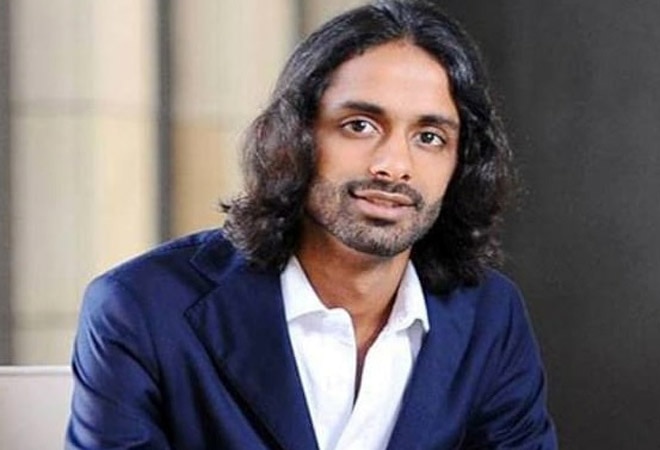 Family disputes in the KK Modi Group that owns Godfrey Philips India have reached a tipping point with Lalit Modi's son and a director of the second-largest tobacco maker Ruchir writing to the corporate affairs ministry seeking an SFIO and Sebi probe alleging serious corporate governance issues and other malpractices in the company.

After KK Modi's death on November 2, 2019, his son Lalit Modi, who is now a fugitive in London, had sought the sale of the family assets under the terms and conditions of the trust deed executed by his farther, which envisages sale of assets if there is lack of consensus among the family members/trustees.

Since he could not agree with his mother Bina Modi, who is the president and managing director of Godfrey Philips, and brother Samir and sister Charu Bhartia, he filed for arbitration in Singapore, which is pending now.

Ruchir Modi told PTI that he wrote to the corporate affairs ministry seeking an SFIO (Serious Frauds Investigation Office) probe into "serious irregularities" in the running of the company. He also sought a Sebi probe for violations of the listing norms and lack of other corporate governance in the company.

PTI has seen the letters that Ruchir wrote to the ministry, SFIO, Sebi and the Institute of Companies Secretaries of India, seeking probes by the SFIO and the markets watchdog Sebi.

In a letter, he points out that his grandmother Bina still runs the company as the president and managing director despite her ouster by public shareholders.

"The manner in which she has been appointed as president reeks of fraud and flagrant disregard and violation of statutory provisions. This also shows the failure of corporate governance at the company," says the letter.

The letter says Bina's appointment was rejected by public shareholders but was fraudulently shown as approved by majority shareholders with the votes of the promoter shareholders, which is in violation of the Companies Act.

While an email sent to Godfrey Philip remains unanswered, Ruchir told PTI that he has written to the ministry and raised certain key issues with the enforcement agencies in relation to the company.

According to the letter, the genesis of the dispute dates back to the November 30, 2019 meeting of the trustees of the KK Modi Trust.

According to the trust deed, the four trustees -- his wife Bina who automatically becomes the chair of the trust, sons Lalit and Samir and daughter Charu Bhartia -- have to meet within 30 days of the trust deed coming to force on the demise of KK Modi, and also if the trustees failed to reach unanimous decision on any issues in running the company, within a year the assets of the company and the family trust should be sold.

The trustees meeting, held on November 30, 2019 in Dubai, ended without taking any resolution as Lalit Modi was not ready for extending the meeting or allowing Bina to run the company and accordingly called for investment bankers to assess the value of the family assets for sales.

But the letter says in the meanwhile Bina, who is over 70 and has no experience in running a company, got herself appointed as president, MD and CEO of Godfrey, on November 14, 2019, for a five-year tenure, creating a further rift.

Lalit and Ruchir Modi disputed her appointment and therefore filed for arbitration in Singapore.

However, Bina moved the Delhi High Court challenging the jurisdiction of the Singapore arbitration tribunal to adjudicate on a matter like this. But a single-judge bench of the HC ruled against her in March following which she sought a review in a two-judge bench, which concluded the hearing last month and the judgement is awaited any day now.

On the family trust dispute and the ongoing arbitration, Ruchir told PTI that "the Singapore arbitration is a sub-judice matter and also currently under consideration before the Delhi High Court, and we are hoping it will be resolved soon".

The letter also questions the functioning of the independent director Lalit Bhasin and also the role of company secretary Sanjay Gupta who were accused of all the clandestine moves for the November 14 board meeting.

The letter also claims that Bina's appointment was not properly disclosed to the Sebi and the stock exchanges or to the shareholders therefore the need for Sebi probe.

The letter also says several letters seeking details of the board meeting were not replied to by the company even today.

Ruchir has also written to Ashok Kumar Dixit, the director of the Institute of Company Secretaries of India, seeking disciplinary action against the company secretary Sanjay Gupta for his professional failures and misconduct. In a 13-page letter, he is accused of professional misconduct and therefore action by the institute.

Godfrey Phillips India was originally established in London in 1844 and was one of the first British companies to mass-produce cigarettes, and also one of the founders of Imperial Tobacco Company.