Section 377 and the judgment was one of the most-talked about topics on social media on Thursday. As soon as Supreme Court announced its judgment on Section 377 on Thursday, social media erupted with joy. Conversations around decriminalisation of Section 377 was already dominating social media before SC's historic judgment but Indian netizens took over after the apex court quashed the archaic law. To celebrate the momentous occasion individuals as well as companies from media to tech changed their display pictures to the pride flag and kept the conversation running.

From Google's display of the LGBTQIA pride flag on its homepage to Uber's routes lighting up with the pride colours, here's how companies showed their support to SC's judgment of decriminalising homosexuality:

Google was one of the first companies to show its support. The tech giant displayed the pride flag on its homepage. Google also tweeted its support and said "Love is Love".

Social networking giant, Facebook, changed its display picture on the platform to honour the pride flag and show its support. 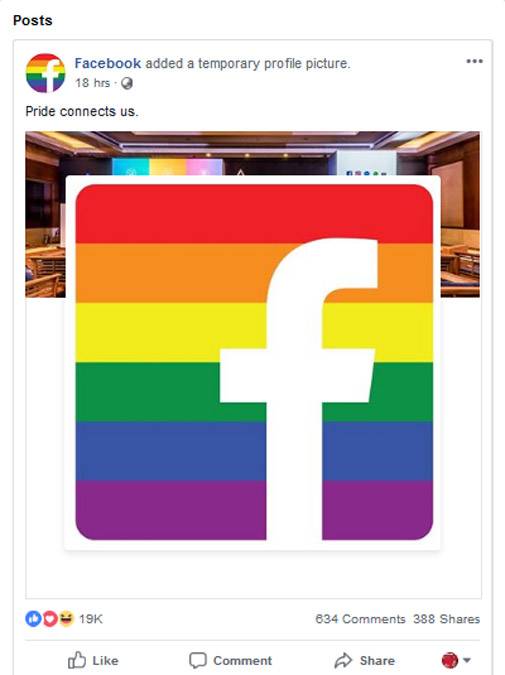 IT major Microsoft, showing its support, said, "Come as you are. Do what you love."

Come as you are. Do what you love. #377 pic.twitter.com/dcvqluATgc

Infosys also changed its display and cover pictures to rally behind the SC decision.

Here's to celebrating the cancelled order that has delivered dignity, equality, individualism and freedom. #Section377#LoveIsLove#NayeIndiaKeSaathpic.twitter.com/6XqX0V7NlZ

Uber started lighting up its routes with the pride colours when booking a cab. It said, "Move forward, ride with pride."

Food-delivery app, Swiggy, reminded how the struggle for the LGBTQIA community has not been a piece of cake, but we still got there. Swiggy also changed its logo to the pride colours.

Not only the companies, everyone was talking about the judgment. It was the top trend on Thursday in the country. To give a taste of how the conversation assumed gigantic proportions, witness the GIF shared by Twitter India. Notice how India lights up.

Over 300,000 Tweets discussing #section377 and #LGBTQ in the past 12 hours and the conversation is still on the rise! Congrats to the #LGBTQ community in 🇮🇳!! #LoveWins 💕🌈

The path-breaking judgement held that Section 377 of the Indian Penal Code that criminalised consensual gay sex was "irrational, indefensible and manifestly arbitrary".

While a constitution bench headed by Chief Justice Dipak Misra said the 158-year-old law had become an "odious weapon" to harass the LGBT community by subjecting them to discrimination and unequal treatment, Justice Indu Malhotra said that history owed an apology to the community and their families for the delay in providing redressal for the "ignominy" and "ostracism" they have faced through the centuries.

The Supreme Court said Section 377 was a product of Victorian-era morality and there was no reason to continue with it as it enforced Victorian morale on the citizens of the country.

While concluding the historic 493-page verdict, Chief Justice Dipak Misra said it was time to move from "darkness to light" to herald a New India which would be a more inclusive society.

Infosys to expand in SE Asia with Temasek Joint Venture