Singh brothers case: Who are Sunil and Sanjay Godhwani? 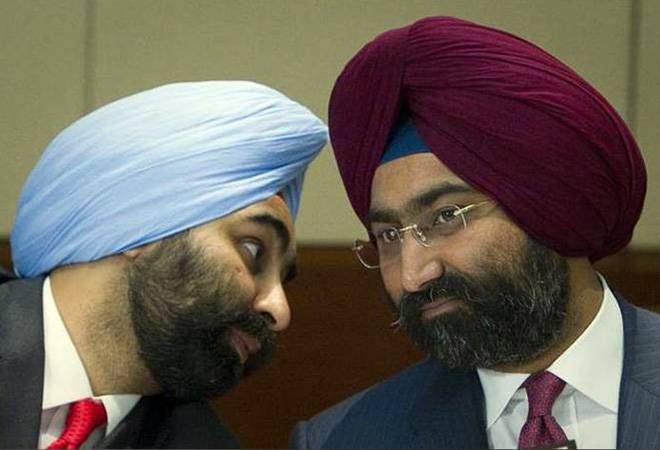 Family dynamics gone wrong, a flourishing business empire decimated and severed ties with a family confidante have all proved to be the perfect recipe of disaster for Malvinder Singh, former promoter of Fortis Healthcare Ltd. Singh in November last year filed a police complaint with the Economics Offences Wing (EOW) against his former associates Sunil and Sanjay Godhwani, along with some employees of Ligare Aviation Ltd, for allegedly duping Singh's Malav Holdings Pvt. Ltd of Rs 30 crore.

The charges include cheating his company of Rs 18 crore and Rs 88 lakh by fraudulently sanctioning payments, generating fake invoices for more than Rs 4.94 lakh and breach of trust involving share transfers worth more than Rs 6 crore to Godhwanis for a paltry sum of Rs 42 lakh.

So, who are Godhwanis and what liaison do they have with Malvinder Singh and his family? The perfect example of a win-win association gone wrong.

The Godhwani family ran a leather business in Delhi and has been known to the Singhs for two generations. The money man Sunil Godhwani was the brain behind all financial and investment advices to Malvinder and Shivinder Singh when Religare went public. The Singh brothers often referred to Sunil as their third brother.

Godhwanis were recommended and backed by Dhillon who is Singh brothers' maternal uncle to run Religare Enterprises, a non-banking finance company (NBFC). Godhwanis with the backing of Dhillons pretty much ran Religare independently.

Notwithstanding, too many transactions, large sums of money and manifold roles held by family, friends and associates led to conflict of interest and a showdown between Singhs and Godhwanis causing the doom of the once flourishing business empire. Singh brothers lost control of their prized possessions Fortis Healthcare and Religare Enterprises- all in a span of less than a decade.

Coming to Malav holdings, it holds 50 per cent stake in NBFC RHC Holding Pvt. Ltd and 30 per cent in Ligare Aviation which is the charter airline business of Singh brothers. The charter business was started in the year 2006 as Ran Air services offering helicopter jets, turbo-props and later forayed into air ambulance services, diversifying further into crew training and aircraft maintenance. Ligare Aviation was run by Sanjay Godhwani independently.

Ligare Aviation's board comprised of Singh brothers, their family and associates which included Sanjay Godhwani (brother of Sunil Godhwani). Sanjay resigned from company's board in November 2015 citing internal differences.

The blame game started in 2018 when Singhs blamed Godhwani brothers for taking wrong business calls, causing them to land in a difficult financial position.

Singh brothers blamed Godhwanis' ambitious misadventures at Religare Enterprises spelling the doom of the once global financial powerhouse. Its debt burden shot up nearly 16 times from Rs 1,272 crore in 2008/09 after the Ranbaxy deal to over Rs 20,222 crore by March 2016 end.

Out of several of businesses losing money, the biggest drain on Religare were its subsidiaries, Religare Capital Markets and Ligare Aviaiton. Singh brothers also alleged that besides Religare, all investment companies and the funds in their own holding firms, Oscar and RHC Holding, were managed and operated by Sunil Godhwani independently.

Singh brothers also blamed Godhwanis of a failed commitment to them to secure a bank licence which was rejected by the RBI. But, Godhwanis  have in turn blamed Singh brothers. They alleged that Daiichi Sankyo's allegations after the Ranbaxy deal had scuttled their chances of securing the bank licence, which further widened the rift.

All this mismanagement coupled with illicit routing of funds and investment decisions have become a major bone of contention between Singhs and Godhwanis with the matter before EOW now to look into.