McDonald's vs Vikram Bakshi: All 80 outlets in east India closed due to supply disruption

McDonal's supplier Radhakrishna Foodland recently wrote a letter to Vikram Bakshi-led CPRL, saying it is discontinuing the supply services due to reduction in volume and uncertainty of the future, among others as also non-payment of certain additional amount. 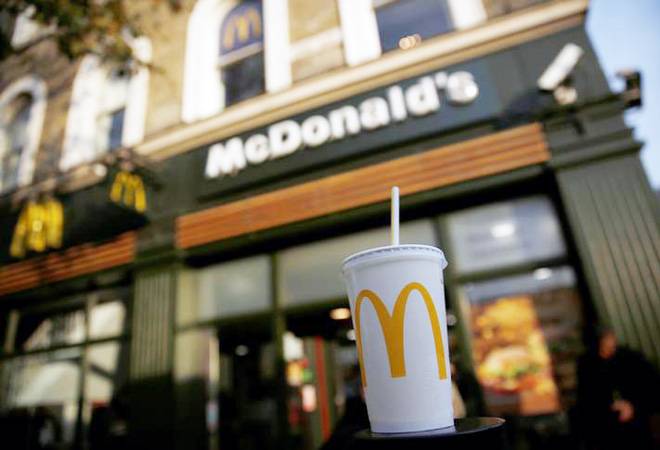 The long-drawn battle between McDonald's and its India partner Vikram Bakshi is far from over. In a recent development, the fast-food giant has shut nearly all its outlets in east India and several others are on the verge of closing down due to 'abrupt disruption' in supply. The legal wrangle began after McDonald's unceremoniously removed Vikram Bakshi as the Managing Director of Connaught Plaza Restaurants Limited (CPRL) in August 2013.

McDonald's joint venture partner Vikram Bakshi said a total of over 80 outlets in east India have been shut because of the move by logistics partner, and others (in north India) were also under pressure due to supply crunch. McDonal's supplier Radhakrishna Foodland recently wrote a letter to Vikram Bakshi-led CPRL, saying it is discontinuing the supply services due to reduction in volume and uncertainty of the future, among others as also non-payment of certain additional amount.

However, Bakshi suggested that it was done in collusion with McDonald's. He in a letter to the landlords and developers of his outlets said: "Our long standing logistics vendor Radhakrishna Foodland allegedly in collusion with McDonalds corporation and their wholly owned subsidiary McDonalds India Pvt Ltd...has decided to hold back stock paid for approximately Rs 10 crore by us."

Bakshi further wrote: "While the American company and its subsidiary, MIPL, may have with their usual mala fide and malicious actions managed to give CPRL a temporary business setback at the end of the year and during this high sale festive season, yet we have made and are making alternative arrangements and shall be back to serve our customers very soon."

While Bakshi alleged that the supply was disrupted on the behest of McDonald's, the fast-food chain India spokesperson said: "We were informed that their vendors have stopped delivering supplies...This is between CPRL and their vendors, not MIPL."

The legal wrangle began after McDonald's unceremoniously removed Vikram Bakshi as the Managing Director of Connaught Plaza Restaurants Limited (CPRL) in August 2013. Bakshi challenged the decision before the Company Law Board and said that McDonald's ousted him in an attempt to buy out his 50 per cent share for a low valuation.

In 2008, McDonald's had offered to buy Bakshi's 50 per cent stake for $5 million and later for $7 million. However, Bakshi demanded $100 after Granton Thornton valued CPRL at $200 million. CPRL is the master franchisee for MIPL in North and East India.

McDonald's later explained the reasons that led to Bakshi's removal. The US-based firm alleged that Bakshi had leased out his property to a rival company, hinting at a conflict-of-interest scenario. McDonald's accused Bakshi of financial bungling at CPRL. It said Bakshi had pledged 51,300 of his CPRL shares to get a loan of Rs 20 crore for developing mall and service apartments in Manesar. McDonald's said he did not take the company's approval before pledging his shares.

McDonald's also pointed at a fund transfer of Rs 7 lakh from the company's account to his group company called Vikram Bakshi and Company Pvt Ltd. According to McDonal's, this action further 'highlighted glaring inadequacies with respect to internal control systems and Bakshi's focus on his other businesses and the directorship of 25 other companies.

The fast food-food giant also said Bakshi was being selfish and not devoting enough time to CPRL. Vikram Bakshi refuted all these allegations and moved to the National Company Law Tribunal or NCLT. The tribunal quashed the allegations and reinstatement Bakshi as the managing director of CPRL.

When things were finally going in Bakshi's favour, McDonald's this year in September terminated franchise agreement for 169 restaurants in North and East India under CPRL. The company ceased using McDonalds's name, system, trademark, designs and its associated intellectual property, among others after September 5.

NCLTs get 4,300 insolvency petitions since inception in May 2016

Indians order chicken biryani, masala dosa the most in 2017