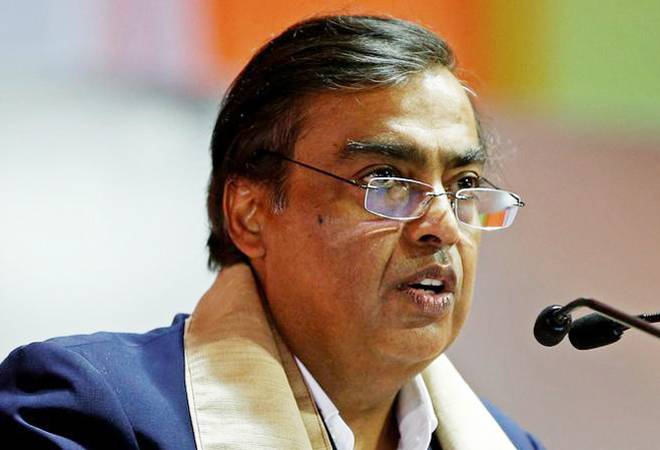 After being the richest Indian for over a decade, Reliance Industries Chairman Mukesh Ambani on Wednesday became the richest man in Asia, overtaking Chinese businessman Hui Ka Yan. Ambani rose to 14th rank on Forbes' Real Time list of billionaires across the globe. Forbes' Real Time list is based on the value of person's stock holding and assets on a real time basis.

According to Forbes Real Time billionaires' list, Mukesh Ambani's wealth rose by $223 million to $41.8 billion on the back of rise in Reliance Industries Ltd stock price, whereas the wealth of Hui Ka Yan, the Chairman of China Evergrande Group slumped by $586 million to $41.2 billion on November 2.

Last month, Reliance Industries chairman Mukesh Ambani emerged as the richest Indian for the 10th year in a row on Forbes list as his net worth shot up to a staggering $38 billion (nearly Rs 2.5 lakh crore). Despite India's economic hiccups, tycoons on the 2017 Forbes India rich list saw their wealth soar with their combined fortunes rising 26 per cent to $479 billion (over Rs 31 lakh crore).

Mukesh's younger brother Anil dropped to the 45th place with his net worth valued at $3.15 billion this year from the 32nd spot in 2016.

The revenue of Reliance Industries Ltd increased by 23.9 per cent to Rs 101,169 crore ($15.5 billion) compared to Rs 81,651 crore in the corresponding period of the previous year. Commenting on strong Q2 earnings, RIL Chairman Mukesh Ambani had said, "Our Company reported another quarter of robust performance. I am delighted to share that this includes the financial performance of Reliance Jio which had a positive EBIT contribution in its first quarter of commercial operations."

"The results also reflect strong underlying fundamentals of our refining and petrochemicals businesses," Ambani had said.

Surprising many analysts, Reliance Jio revenue for September quarter stood at Rs 6147 crore while Jio's EBITDA stood at Rs 1,442 crore. "The strong financial results of Jio demonstrates the robust business model of Jio and the significant efficiencies that the Company has built through its investment in the latest 4G technology and right business strategy. As always, the Group has demonstrated excellence in execution, vision and commercial acumen," Ambani had said.

Liberty House not in the race for ABG Shipyard, Amtek Auto