In a letter to the government, global investors Abu Dhabi Investment Authority (ADIA) and Canada's Public Sector Pension (PSP) Investments have alleged that proposed deal between GVK and Adani Group is a breach of contractual terms 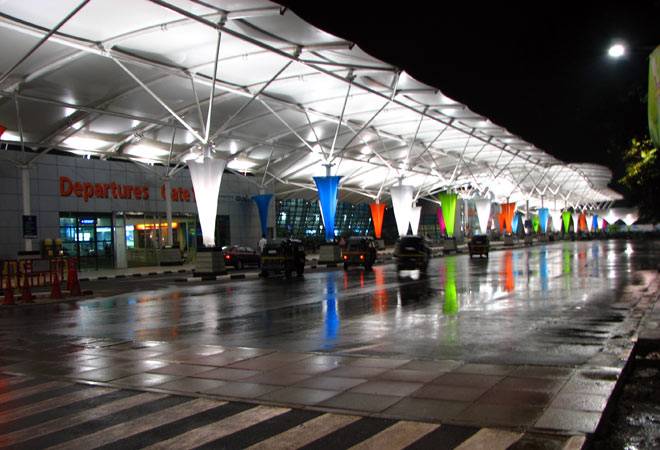 Adani Group's plans to acquire majority stake in Mumbai International Airport (MIAL) has hit fresh roadblock as global investors Abu Dhabi Investment Authority (ADIA) and Canada's Public Sector Pension (PSP) Investments have written a letter to the government on the issue. They claim if the deal between GVK and the Adani succeed, it would be a breach of a previous agreement in which an investor consortium involving National Investment and Infrastructure Fund (NIIF), ADIA and PSP Investments had agreed to acquire a majority stake in the company, which operates Mumbai Airport.

In the letter to the Prime Minister's Office (PMO) and finance ministry, the two global investors have sought a meeting with government officials at the earliest to discuss the issue, Economic Times reported, citing sources.

The development came in wake of recent report that Gautam Adani-led Adani Group is set to acquire a 74 per cent stake in MIAL, which operates the country's second-largest airport.

In October 2019, the consortium of ADIA, PSP and NIIF had proposed to purchase 79 per cent shares in GVK Group's airport holding company GVK Airport Holdings for Rs 7,614 crore. However, the deal got stuck due to legal proceedings.

The letter was sent last week after the investor consortium gave nod to GVK Group, the majority stake holder in the MIAL, to talk to Adani Group to explore a possible deal even though they have "deal exclusivity" till January 31, 2021, reported the leading daily. The ADIA and PSP Investments have alleged that a negotiation with a new suitor is a breach of contractual terms.

As per report, Adani group has proposed to acquire a 50.5 per cent stake held by GVK Group in Mumbai International Airport (MIAL) and another 23.5 per cent of minority partners, Airports Company South Africa (ACSA), and Bidvest Group. ACSA and Bidvest own 10 and 13.5 per cent stake, respectively, in the MIAL.

With this acquisition, Adani Group flagship will become the largest private operator of airports in the country after GMR Group. This would also provide the Group ownership of the upcoming Navi Mumbai airport, in which MIAL holds 74 per cent stake.

Last week, the Union Cabinet, chaired by Prime Minister Narendra Modi, approved the proposal for leasing out three airports, Jaipur, Guwahati and Thiruvananthapuram, to Adani Enterprises that won these in an auction last year. The private developer had emerged as the successful bidder in a global competitive bidding conducted by the Airports Authority of India (AAI).

The leasing out of these airports was part of the original six that were awarded to the Adani Group. The Ahmadabad, Lucknow and Mangalur airports were awarded earlier to the conglomerate. With this, the company has won rights to operate, maintain and develop these airports in a public private partnership mode for 50 years.

However, Kerala government has opposed the Centre's decision to privatise Thiruvananthapuram airport. The state Assembly on Monday passed a "unanimous resolution" demanding the withdrawal of the Centre's decision to lease out the international airport to Adani Enterprises. Moving the resolution, Chief Minister Pinarayi Vijayan said the Centre should re-examine its decision and the operation and management of the airport be handed over to the Special Purpose Vehicle (SPV) in which the state government has stake.

Meanwhile, shares of Adani Enterprises continued rally for the second consecutive session amid report to acquire majority stake in MIAL. The stock was trading 14.98 per cent higher at Rs 286.60 apiece on the Bombay Stock Exchange on Tuesday. There was spurt in volume trade as 19.17 lakh shares have changed hands over the counter so far as compared to two-week average volume of 6.01 lakh crore.