SpiceJet reported growth in air transport services during the December quarter, as segment results for the period almost doubled to Rs 115.05 crore from Rs 58.55 crore from the year-ago period 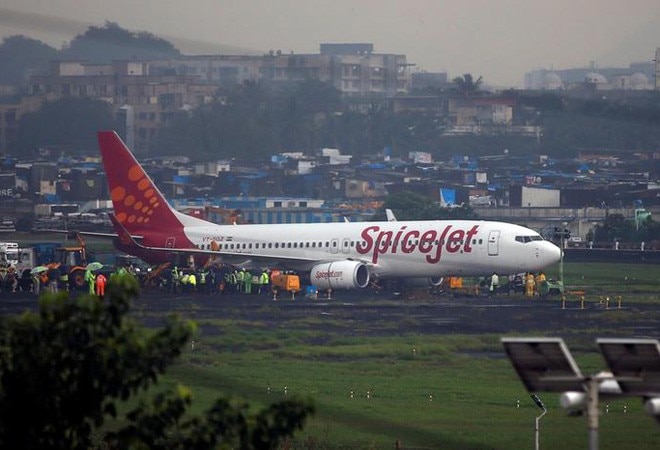 SpiceJet has posted a 21 per cent increase on annual basis in its net profit for the quarter ended December 31, 2019. The carrier reported the net profit of Rs 77.96 crore for the quarter under review, as opposed to Rs 64.44 crore in the year-ago period.

Segment-wise, SpiceJet reported growth in air transport services during the December quarter, as segment results for the period almost doubled to Rs 115.05 crore from Rs 58.55 crore from the year-ago period. However, freighter and logistics services suffered during the quarter under review as losses in the segment broadened to Rs 41.83 crore from Rs 3.47 crore.

The airline also faced troubles due to grounding of Boeing 737 MAX planes during the December quarter. However, SpiceJet claimed its capacity grew 59 per cent in 2019 "despite the challenges that the airline is facing in terms of additional costs incurred, compounded by the continued grounding of its 737 MAX aircraft".

SpiceJet said that it reported the highest passenger load factor across the Indian aviation industry during the quarter. The average domestic load factor for the quarter was 91.9 per cent.

"SpiceJet has done remarkably well this quarter, despite a substantial profit hit from the grounding of the MAX aircraft, which has impacted our operations and led to additional costs. Despite facing an unprecedented crisis following the grounding of the MAX in March last year, SpiceJet grew by close to 60% in 2019 demonstrating its ability to stand up to a crisis," said SpiceJet Chairman Ajay Singh.

"We were expecting the MAX to return to service by January 2020 but that hasn't happened. The continued grounding and the delay in its return to service has undoubtedly hit our growth plans adversely and resulted in inefficient operations and increased costs. That said, SpiceJet, expects to grow profitably while maintaining a tight control over costs and we look forward to an exciting 2020," he added.

ALSO READ:Indian aviation to continue its losing streak in FY20

Capgemini to hire up to 15,000 freshers this year via campus recruitment