Flipkart deal: What is Walmart getting out of the bargain?

Now that the Flipkart-Walmart deal has been announced, it is very clear what Flipkart is getting out of the deal. But it is not very clear what Walmart gains after paying $16 billion to take over the majority stake. 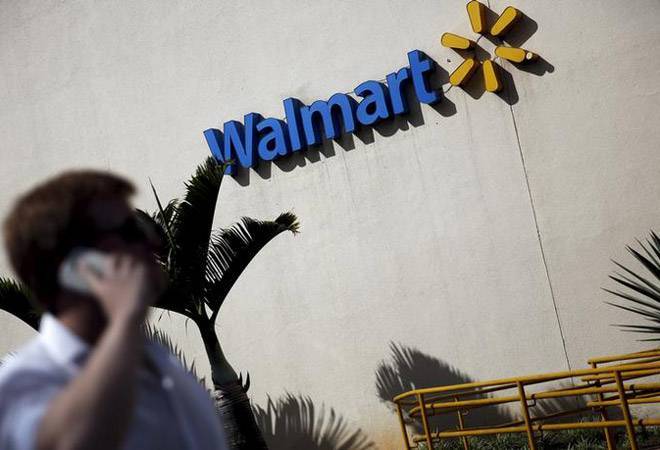 Now that the Flipkart-Walmart deal has been announced, it is very clear what Flipkart is getting out of the deal. But it is not very clear what Walmart gains after paying $16 billion to take over the majority stake - and committing an unknown sum for the future expansion of Flipkart.

At an interaction with editors in Delhi, both Doug McMillon, president and CEO of Walmart Inc and Binny Bansal, Group CEO of Flipkart, were at pains to emphasize that it was a win-win situation, and that they would learn a lot from each other, and there were many synergies that could be tapped.

But in a nutshell, the main thing that came out strongly was that now Flipkart could afford to breathe easy for a bit, because they would not have to constantly worry about raising fresh funds for operations and expansion. Walmart is providing a certain stability - and it would inject enough cash for Flipkart to push for expansion and introduce new product categories, to continue the war with Amazon in India, without having to worry about running out of cash in the short run. It could particularly make bigger plays in grocery (where it is behind Amazon) and furniture, and many other categories, with no worries about immediately raising more fresh investments. It would not have to worry about valuations in the medium term, at least.

The deal would see a reconstitution of the board of directors, but at the moment, Binny Bansal would remain group CEO, and Kalyan Krishnamurthy would remain CEO of Flipkart, and the rest of the top management team of Flipkart would not immediately see any upheaval. (Except that Sachin Bansal has cashed out and will no longer be associated with the company).

"We are putting together a team of avengers on the board," said Doug, though he was pretty clear the management team itself would remain largely unchanged in the short run and that it would be business as usual for Flipkart.

But apart from gaining a good market share in India's rapidly growing e-commerce market place, which is of course a good place to be in, it is difficult to see how much Walmart gains for its huge investment. From all appearances, while there will be some tapping of synergies, Flipkart will not become the main weapon for Walmart in e-commerce in other geographies and markets. Both Binny Bansal and Kalyan Krishnamurthy, were at pains to emphasize that Flipkart was only looking at strengthening its hold in the Indian e-commerce market, and would not  expand in new countries.

That would mean that Walmart would still be a small player in the overall global e-commerce playground. Its investment in Jet.com for $3.3 billion has helped it in the US, but is far behind Amazon, and no analyst expects it to catch up anytime soon to challenge Amazon's dominance in the home market.

In China, the other huge playground for e-tail, Walmart has again been a slow mover and it is a marginal player. It has a minority stake in JD.com, which is a distant second in the market compared to Alibaba. In fact, the fact that US investors do not think much of the deal helping Walmart came from the way its stock reacted - its market cap fell by about $10 billion post the announcement. Flipkart can be expected to continue losing money in the medium term, though of course, they will probably keep growing revenues at a phenomenal rate and try to cut down on cash burn to an extent. But at least for a year or two, it will not make much of a difference to Walmart's overall revenues or a dent on its bottom line.

If Walmart manages to use Flipkart and Jet to become a big player - or at least a major e-tailer capable of taking on Alibaba and Amazon - it will be a good deal for the US retailer. But at the moment, Flipkart seems to gain more than Walmart from this deal until the former finally goes for an IPO.

After Flipkart takeover, Walmart says it will have 50 stores in India in 4-5 years