Referring to the prime minister's speech at the launch of the GST in July 2017, Soren said Modi had portrayed the new tax regime as a great example of cooperative federalism that would herald inclusive growth of the nation 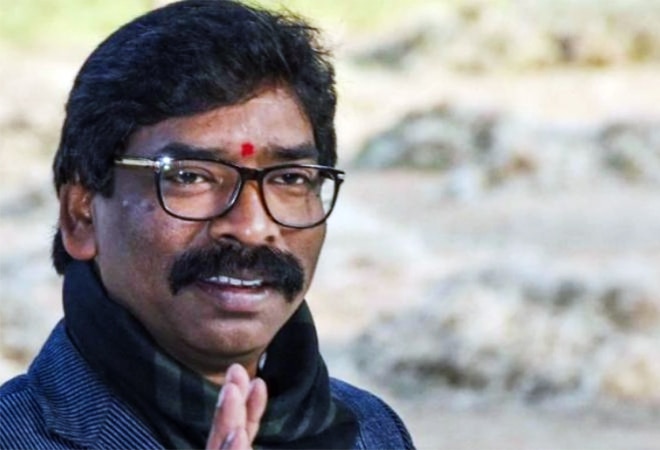 Jharkhand Chief Minister Hemant Soren wrote to Prime Minister Narendra Modi over the GST compensation issue, saying that this "act of sovereign default" runs against the very spirit of cooperative federalism and is symptomatic of the withering trust between the Centre and the states.

Referring to the prime minister's speech at the launch of the GST in July 2017, Soren said Modi had portrayed the new tax regime as a great example of cooperative federalism that would herald inclusive growth of the nation.

"I echo your sentiments but you would agree that India as a nation can grow only if its constituent States also grow and become self-reliant. But reluctance of the Central Government to fulfil its constitutional obligations regarding GST compensation goes against the interests of the States and the spirit of cooperative federalism," he said.

In the letter, dated September 4, Soren said the states were given assurance that the Centre would compensate the losses they suffer for the next five years but it has just been three years, and "we find ourselves deserted".

"Reluctance and inability of the GOI to give full compensation to the States is a betrayal of the commitment it made in the Union Parliament and also in all the council meetings held so far (sic)," the chief minister said.

"... Jharkhand contributes to compensation fund a cess of nearly Rs 5,000 crore from the mineral sector alone. What we get in return is just a paltry sum of nearly Rs 150 crore as monthly compensation. And now we are being asked to borrow at a time when the state is hard pressed to fulfil salaries of government servants," he added.

Soren said that as the state's economy is in a precarious situation at present, it needs more funds to take care of farmers, migrant workers, those in the unorganised sector and unemployed youths.

Urging the prime minister to intervene in the matter and issue directions to the ministry concerned for the release of the compensation amount, Soren said it will not only melt away all the apprehensions but also reinforce the trust in the spirit of cooperative federalism.Also Read: GST reduction, scrappage policy to help revive commercial vehicle industry: Ashok LeylandAlso Read: Prakash Javadekar assures broadcasters of regulatory stability

COVID-19 in Delhi: No need to panic, situation under control, says Kejriwal

Only country not reaping lockdown strategy benefit appears to be India: Chidambaram