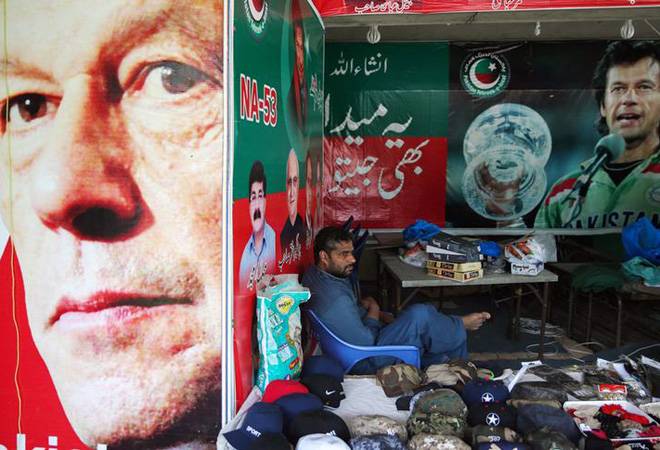 Pakistan has decided to ban all cultural exchanges with India, including all kinds of joint ventures between the entertainment industry of the two countries after India revoked the special status of Jammu and Kashmir, a media report said on Friday. The Ministry of Information and Broadcasting on Thursday launched a national slogan 'Say No to India', Dawn newspaper reported.

"All kinds of Indian content have been stopped and Pemra [Pakistan Electronic Media Regulatory Authority] has been directed to step up its vigilance along with actions against the sale of Indian DTH instruments," said Special Assistant to Prime Minister on Information and Broadcasting Firdous Ashiq Awan.

Earlier this week, India revoked Article 370 to withdraw the special status to Jammu and Kashmir and bifurcated the region into two Union Territories --Jammu and Kashmir, Ladakh. Pakistan termed the Indian action as "unilateral and illegal", and said it will take the matter to the UN Security Council. Awan said that the deception of cultural exchange was polluting the minds of Pakistani youth. She said that the National Security Council had decided to establish a group and Pakistan would fight the "Hindutva ideology" from all fronts.

The group will be the cluster of all relevant ministries to fight against the Indian designs at required forums. "The external communications will be dealt with by the ministry of information, the Foreign Office and the Inter-Service Public Relations (ISPR) as per nature of information," Awan said.

She said in the current situation, the clash between Indian and Pakistani cultural and social values were imminent and it was the media's responsibility to come to the forefront to defeat Indian "cultural invasion". The government has also banned the screening of Indian films in the country's cinemas. "No Indian film will be screened in any Pakistani cinema. Drama, films and Indian content of this kind will be completely banned in Pakistan," Awan tweeted.

Films and cultural relations are the first to get affected when there is tension between the two countries and it is not for the first time that Pakistan has banned Indian films. Pakistan had taken a similar decision after Balakot air strikes by India in February this year. The Hindi film industry had announced a similar move in the wake of February 14 Pulwama terror attack on a CRPF convoy.