6.85 lakh patients have been provided hospital treatment under Modi government's flagship programme in its first 100 days. 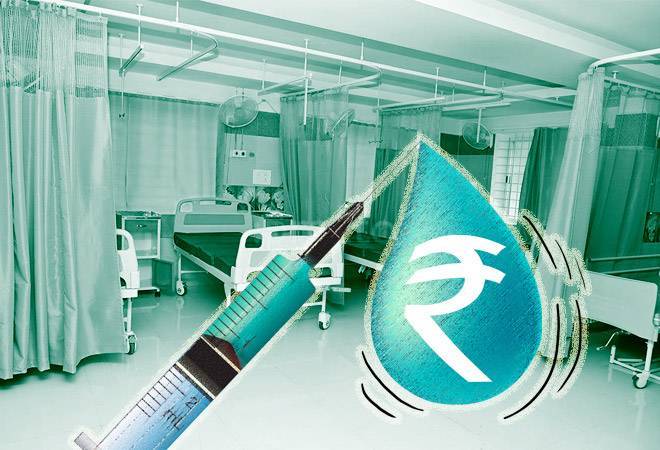 "In the first 100 days, 6.85 lakh patients have been provided hospital treatment. 5.1 lakh claims have availed of the scheme, for which payment has been released. This averages 5,000 claims per day for the first 100 days. No patient has had to pay a single rupee," he tweeted on Tuesday.

In another Facebook post, he pointed out that the scheme, which aims to provide medical coverage of Rs 5 lakh per family annually, benefiting more than 10.74 crore poor families or over 50 crore people for secondary and tertiary care hospitalisation through a network of 16,000 government as well as private hospitals and over "over 1350 hospitalisation packages", is a "game changer" in healthcare. He further flagged off that 62.58% of the Indian population has to foot their own healthcare bills and most find it unaffordable, which is where the cashless and paperless scheme hopes to step in.

"Many people from the weaker sections avoided hospital treatment in order to avoid the burden of an unbearable payment. Today 40% of India's poorest are assured of a treatment in a hospital at the cost of public expenditure," he said, adding, "It is anticipated that in the next few years, almost 1 crore plus families will benefit each year."

According to The Financial Express, so far, 5.29 lakh hospitalisation claims have been filed under the Ayushman Bharat scheme worth about Rs 684.6 crore. So the average hospitalisation cost works out to Rs12,932 per patient. However, government think tank NITI Aayog has estimated the average cost to come down to about Rs 10,000 as the scheme matures.

The daily added that the National Health Agency (NHA) plans to issue about 5 crore beneficiary cards to inform people and generate hospitalisation demand from rural population. The hospitalisation and treatment cost are shared in 6:4 ratio between the Centre and the states. For 2018-19, the scheme might cost the Centre about Rs 4,000 crore (including one-time investments on IT infrastructure) and the states about Rs 1,600 crore. Given that half the year is already over, the cost of the scheme, expected to provide hospitalisation benefits to 25 lakh in the current fiscal, is likely to be much lower.

Gujarat has been the top performer among the states in rolling out the scheme - Prime Minister Narendra Modi's home state accounted for around 26% of the total number of hospital admissions cleared under the AB-PMJAY scheme in the two months since its launch on September 23.

Closely following Gujarat's record of around 76,000 hospital admissions is Tamil Nadu with 54,273 admissions and Chattisgarh at 53,180, as per the health ministry's data. Also ranking among the Top 5 states are Karnataka (40,216 hospital admissions) and Maharashtra (27,237).