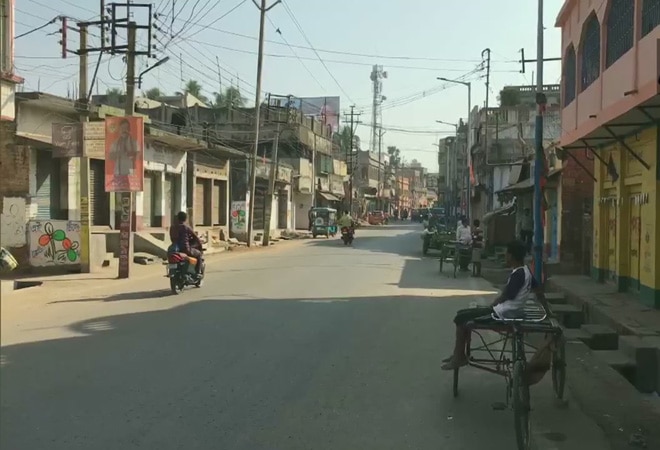 Bharat Bandh today across the nation

Bharat bandh today: Commercial markets across the country are observing a shutdown due to the Bharat bandh called by the Confederation of All India Traders (CAIT). The nationwide shutdown has been called as a sign of protest against rising fuel prices, GST and e-way bill. As many as 40,000 traders' associations have extended their support to the call. The All India Transport Welfare Association (AITWA) is supporting today's bandh with a chakka jam.

Mahendra Arya, National President AITWA, had said, "All state level-transport associations have confirmed their support to AITWA in this one-day non-operation of transport in protest of the fuel price hike and scrapping of new E-way bill laws introduced by Government of India. The nature of the movement is to reject booking and movement of all e-Way Bill oriented goods for one day. All transport companies are asked to park their vehicles between 6 am to 8 pm as a symbolic protest. All transport godowns will display the protest banners. All customers will be approached by transport companies not to book or load any goods on February 26th, 2021."

WHAT WILL BE AFFECTED?

Commercial markets will remain closed as over 40,000 traders' associations are taking part in the bandh. Road transport services would be affected as companies are not going to operate from 6am to 8pm. Movement and booking of bill-oriented goods will be impacted, no traders would log in to the GST portal. Small industries, hawkers, women entrepreneurs all showed their support to the bandh.

Bharat bandh has been called over rising fuel prices, e-way bill and GST.

Fuel prices: AITWA has said that the increasing fuel prices must be reduced. They also are demanding a mechanism that could ensure future regulation.The association has also asked for diesel price to be equalised across the length and breadth of the nation.

E-way bill: CAIT and AITWA have asked for the scrapping of the e-way bill that was introduced for the movement of goods inter-state. It was implemented on April 1, 2018. The sender of goods has to fill in goods details on the online portal and the transporter has to update the vehicle no. The transporter also has to cover the total journey at 200km/day from consignor place to destination as per pin code calculated at the shortest distance. A truck carrying a consignment with an expired e-way bill, or with an erroneous e-way bill are penalised 200 per cent of the tax value, or 100 per cent of the invoice value.

GST: CAIT has said that voluntary compliance of GST is key to a successful regime. Increase in compliance burden, glitches in GST portal are major issues in the tax regime.

Also read: Bharat Bandh: Traders, transporters to stop work on Feb 26; all you need to know