Sunil Bharti Mittal on Thursday said the Bharti family has pledged 10 per cent of their wealth amounting to Rs 7,000 crore to support philanthropic activities of the Bharti Foundation. 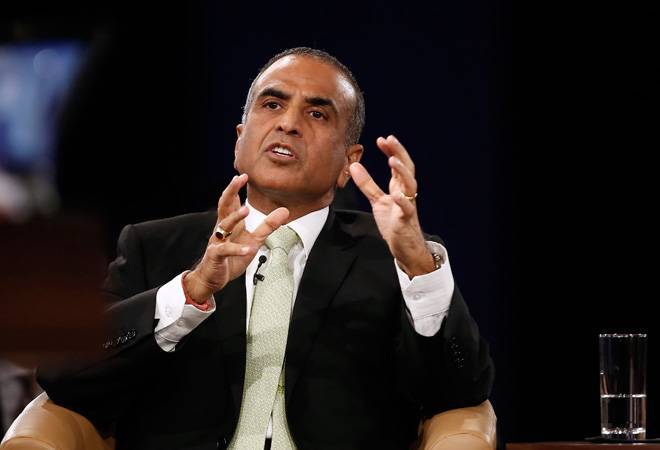 Philanthropy seems to be emerging as the next frontier for India Inc leaders. Days after Infosys co-founder Nandan Nilekani and wife Rohini pledged to donate 50 per cent of their wealth under The Giving Pledge - a movement initiated by Microsoft founder Bill Gates and Melinda Gates - telecom tycoon Sunil Bharti Mittal on Thursday said the Bharti family has pledged 10 per cent of their wealth amounting to Rs 7,000 crore to support philanthropic activities of the Bharti Foundation.

Indian billionaires like Wipro Chairman Azim Premji, Biocon Chairman Kiran Mazumdar Shaw, and Sobha Ltd Chairman PNC Menon have also committed half of their wealth to philanthropy. The amount committed by Bharti family includes three per cent of the family's stake in Bharti Airtel, Sunil Mittal, founder and Chairman of Bharti Enterprises, said at a conference. Bharti family is planning to set up Satya Bharti University for Science and Technology to offer 'free education' to underprivileged youth from economically weaker sections of the society.

"The University will have a strong focus on future technologies like AI, Robotics, AR/VR, IoT, in addition to offering degrees in Electrical & Electronics Engineering and Management. It will be a non-profit centre of excellence and will offer free education to a large number of deserving youth from economically weaker sections. It will also promote and fund advanced research with global linkages. It intends to add leading global industry partners, i.e. Facebook, Google, Apple, Microsoft and SoftBank among others," Bharti Foundation said in a release.

The university, expected to come up in North India, will commence its first academic session in 2021. The age university will focus on science and technology, especially areas like Artificial Intelligence, Internet of Things, and robotics, among others.

Most of the wealth pledged will be infused into the new university project, Mittal said adding that talks were on to finalise the land for the same. Over a period of time the university will have 10,000 students, he added.

The philanthropic ecosystem has been thriving due to the combined efforts of both the public and private sectors. Overall, total funds for the development sector have grown at a healthy rate of approximately 9 per cent over the past five years, increasing from approximately Rs 150,000 crore to approximately INR 220,000 crore. While the government remains the largest contributor (Rs 150,000 crore in 2016), its share in total funding has been declining steadily. Private contributions primarily accounted for the Rs 70,000 crore five-year growth. Private donations made up 32 per cent of total contributions to the development sector in 2016, up from a mere 15 per cent in 2011, the report said.

Bharti Foundation had earlier supported the creation of Bharti School of Telecommunication technology & Management at IIT Delhi, Bharti Centre for Communication at IIT Mumbai and Bharti Institute of Public Policy at ISB Mohali.

Can the proposed ordinance amending the Insolvency and Bankruptcy Code stop wilful defaulters?

EPFO-CBT meet: Will Employees' Provident Fund Organisation agree to higher pensions for all?