As per the data released by the Ministry of Statistics and Programme Implementation, the real GDP is expected to grow by 5 per cent in financial year 2019-20 against 6.8 per cent last year 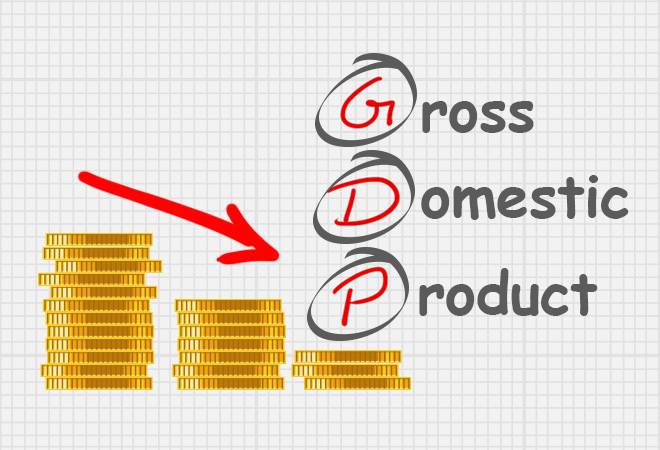 India's nominal gross domestic product (GDP) is expected to grow by 5 per cent in financial year 2019-20 compared to the growth rate of 6.8 per cent last year, according to the first advance estimates released by the Central Statistics Office on Tuesday. The government's estimate, which is in line with the Reserve Bank of India's (RBI's) estimate of 5 per cent, is based on the GDP growth in the first two quarters of the current fiscal and other macro data.

During the first two quarters of FY20, the Indian economy grew over a six-year low of 5 per cent and 4.5 per cent, respectively, which prompted the Reserve Bank of India to reduce its growth projections for 2019-20 to 5 per cent from its earlier estimate of 7.4 per cent.

As per the data released by the Ministry of Statistics and Programme Implementation, the real GDP at Constant Prices (2011-12) is likely to attain a level of Rs 147.79 lakh crore in FY20, as against the provisional estimate of GDP for the year FY19 of Rs 140.78 lakh crore, released on 31 May 2019.

The decline has been primarily due to deceleration in manufacturing, construction and mining sector growth, which are estimated to be 2 per cent, 3.2 per cent, and 1.5 per cent, respectively. 'Trade, Hotels, Transport, Communication and Services related to Broadcasting', 'Financial, Real Estate and Professional Services' and 'Public Administration, Defence and Other Services' are expected to grow at 5.4 per cent, 5.9 per cent, 6.4 per cent, 9.1 per cent respectively. The sectors which registered growth rate of over 4.9 percent is 'Electricity, Gas, Water Supply and Other Utility Services'.

V K Vijaykumar, Chief Investment Strategist at Geojit Financial Services, said that the FY20 GDP growth estimates are on expected lines. "The 5 per cent will put strain on the fiscal forcing the government to cut down on expenditure in Q4. This will further delay the recovery in growth. The growth recovery expected from Q1 FY 21 will be weak and slow," Vijaykumar said.

CSO puts advance estimate of FY20 real GDP growth at 5 per cent, same as that to RBI's but higher than our forecast of 4.6 per cent, says Nikhil Gupta, Chief Economist, Motilal Oswal Financial Services. "Interestingly, CSO expects personal consumption growth to pick up from 4.1 per cent in 1HFY20 to 7.3 per cent in 2HFY20, which certainly seems optimistic to us. Surprisingly CSO also expects govt consumption to continue to grow strongly at 8.5 per cent in 2HFY20, which seems challenging considering massive receipt shortfall.

'Are you a Hindu?': Entrepreneur Kishore Mariwala 'ashamed' of India's reputation overseas