The finance minister has done a remarkable job in presenting a growth-focussed budget during the unprecedented COVID-19 pandemic-hit circumstances, president of the USA India Chamber of Commerce Karun Rishi said 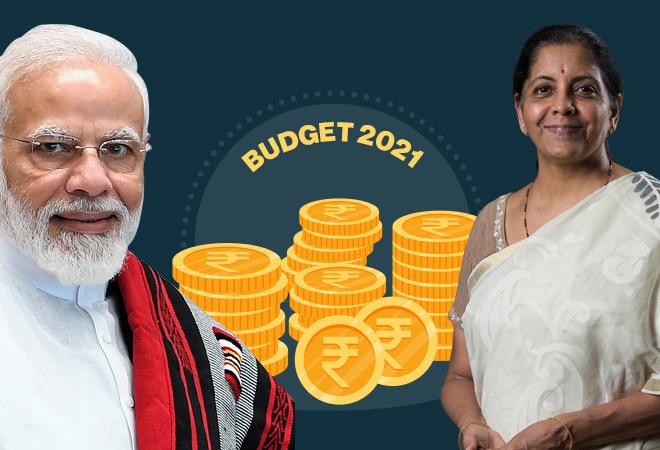 A Boston-based India-centric chamber of commerce on Monday said the increase in healthcare outlay in the latest annual budget will lead India towards a healthier country and the thrust on infrastructure will boost growth and generate jobs.

"Overall, these announcements are rightly directed to support the healthcare sector not only in terms of expenditure but also to support research and development. The increase in the healthcare outlay will lead India towards a healthier India. A healthier workforce will lead to higher productivity, which will drive GDP growth," Karun Rishi, president of the USA India Chamber of Commerce, said.

The finance minister has done a remarkable job in presenting a growth-focussed budget during the unprecedented COVID-19 pandemic-hit circumstances, he said, adding that the budget is transparent and has rationalised the off-balance-sheet borrowings and headlined fiscal deficit numbers.

Fiscal deficit is projected to be high, but these are extraordinary times. India has been fiscally prudent compared to other countries at a time of unprecedented economic pressure due to COVID-19. The government has stated a glide path of reducing the fiscal deficit over five years. The deficit comes down to four per cent by 2026. Growth has to be aggressively pursued. Sluggish growth can leave open the danger of high debt to GDP ratio, Rishi said.

"The bold-thinking announcement of an asset reconstruction company that will assume all the stressed assets of banks and sell them to alternative investment funds can help capitalise PSU banks. The thrust on infrastructure will boost growth and generate much-needed employment," he said in response to a question.

Observing that technology has been a key focus of the Narendra Modi government, Rishi said in the 2018 budget, the finance minister made a pitch for "technologies of the future" -- artificial intelligence, machine learning and blockchain technologies.

The finance minister's proposed Ministry of Corporate Affairs' MCA 21 portal, driven by data analytics, artificial intelligence and machine learning features as well as having additional modules such as for e-adjudication and compliance management, will bring efficiency and improve ease of doing business in India. "It is encouraging to see the Indian government using these technologies," Rishi said.

Increasing healthcare spending by 137 per cent is a remarkable step, he said, adding that this will give a massive boost to India's health sector.

The allocation of Rs 35,000 crore for the COVID-19 vaccines shows the Indian government's strong resolve to vaccinate its citizens, an absolute necessity to bring normalcy in the country. The focus on healthcare with the prime minister's Aatmanirbhar Swasth Bharat Yojana to strengthen the country's primary, secondary and tertiary health infrastructure with an outlay of Rs 64,180 crore over six years shows that healthcare capacity building is now a key priority for the government of India, Rishi said.

Announcing the National Research Foundation in the 2019 budget was a "game changer". The additional outlay of Rs 50,000 crore over five years through the foundation will boost research and development in India. This shows the government's resolve to strengthen the research innovation ecosystem in India, Rishi said.