After questioning former finance minister P Chidambaram in custody, the CBI may file a charge sheet this month in the INX Media case related to Rs 305 crore of foreign investment clearance given to the company in alleged violation of norms 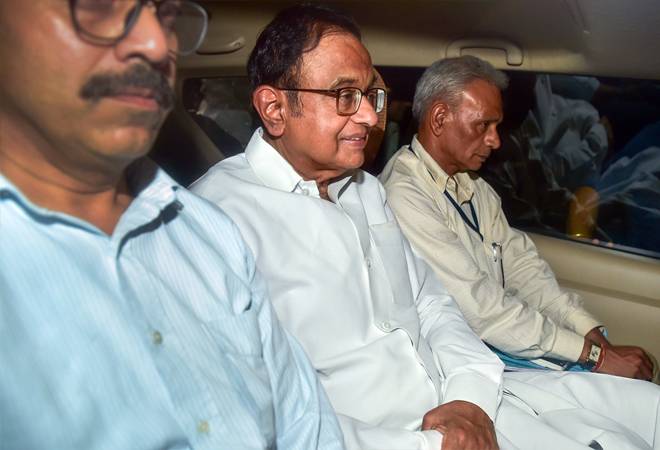 After questioning former finance minister P Chidambaram in custody, the CBI may file a charge sheet this month in the INX Media case related to Rs 305 crore of foreign investment clearance given to the company in alleged violation of norms, sources said on Thursday.

The agency is looking to file a charge sheet in case this month and will keep further investigation open, they said.

About 11 entities may be charged in the first charge sheet in the case, the sources said without elaborating on the issue.

Congress stalwart Chidambaram was asked about 425 questions during 90 hours of interrogation sessions spread over 14 days, the sources said.

The questioning hovered around Foreign Investment Promotion Board (FIPB) clearance, mail exchanges and relations of Chidambaram's son Karti with other accused, among others, they said.

Last two days in the custody were little relaxing for 73-year-old Chidambaram as hardly any questioning took place during that period, they said.

Chidambaram, a Rajya Sabha MP, was sent to the Tihar Jail in judicial custody on the request of the CBI after the expiry of 15-day custody with the agency.

The former finance minister was kept in the agency guest house in a ground floor suite, a treatment given to every sensitive accused.

He was arrested by the Central Bureau of Investigation (CBI) on August 21 in a dramatic raid at his house in full media glare with probe agency personnel even scaling the boundary walls of his posh bungalow in Jor Bagh area here to gain entry.

On May 15, 2017, the CBI had registered a case regarding alleged irregularities in granting FIPB clearances to INX Media, run by its directors Indrani and Peter Mukherjea in 2007, when Chidambaram was the finance minister.

Besides the Mukherjeas, the CBI has booked Karti, Chess Management Services and Advantage Strategic Consulting Ltd through its director Padma Vishwanathan.

It alleged that the officials by virtue of influence exercised over them by Karti, not only ignored the serious illegality on the part of the INX Media but also deliberately showed undue favours to INX Group by abusing their official position and advised the company to file for fresh clearance.

The former finance minister was only summoned once last year for questioning in the case and he appeared for the questioning. Karti has been questioned a number of times by the agency.

INX Media had sought the FIPB clearances on March 13, 2007, for permission to issue, by way of preferential allotment, up to 14.98 equity shares to three non-resident entities - Dunearn, NSR PE and New Veron Pvt Equity Ltd.

The CBI has alleged that for the services rendered by Karti through his company Chess Management Services consideration in the form of payment were received against invoice raised on INX Media by Advantage Strategic Consulting (P) Limited (ASCPL), according to an FIR.

The FIR filed on source information alleged that Karti was indirectly handling ASCPL.

Invoices for approximately Rs 3.5 crore were also raised in favour of INX Group in the name of other companies in which Karti was having "substantial interests" directly or indirectly, the agency alleged in the FIR.

RBI's external benchmark for loans: Be ready for frequent changes in lending rates