The Ministry of External Affairs claimed that India has ramped up the construction of border infrastructure, including roads and bridges for the improvement of the livelihood of its citizens 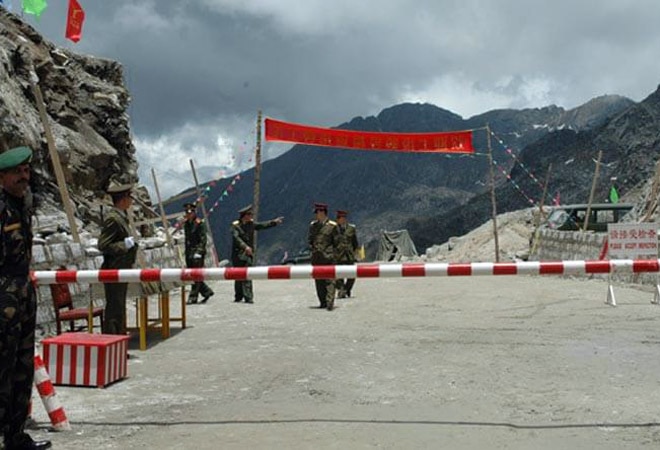 In reaction to the report that China has built an entire village in Arunachal Pradesh, the Central government said that it is keeping a close watch on all developments and taking necessary measures to safeguard India's sovereignty and territorial integrity.

The Ministry of External Affairs claimed that India has ramped up the construction of border infrastructure, including roads and bridges for the improvement of the livelihood of its citizens.

The response from the MEA has come after the NDTV channel showed satellite images in which China has allegedly built a village on the banks of River Tsari Chu in the Upper Subansiri district of Arunachal Pradesh. The village comprises 101 homes and encroaches approximately 4.5 kilometres into Indian territory.

The channel showed two images of the area where it said the village has been set up. The first image dated August 26, 2019, did not show any human habitation but the second one of November 2020 shows a row of structures.

BJP's Arunachal Pradesh MP Tapir Gao told the channel, "Construction is going on. China has entered more than 60-70 km inside the Upper Subansiri district if you follow the path along the river. They are constructing the road along the river known locally as the Lensi as it flows in the direction of Subansiri river".

On Gao's claim, senior Congress party leader  P Chidambaram has demanded answers from the union government. He said if the allegation made by the BJP MP is true, will the government again give a clean chit to China or blame previous governments for it.

Chidambaram, who was the home minister in the UPA government, also alleged that the Chinese have altered the status quo in Arunachal Pradesh.

"If this is true, it is clear that the Chinese have altered the status quo by converting a disputed area into a permanent settlement of Chinese nationals. What has the government to say about these startling facts?" he asked.

Mr Tapir Gao MP, belonging to BJP, has alleged that deep into Arunachal Pradesh, in a
‘disputed area’ within Indian territory, the Chinese have built a 100-house village, a bazaar and a two-lane road in the last year.

India and China are locked in a bitter border row in eastern Ladakh for over eight months.

The army as well as the Indian Air Force have been maintaining a high state of operational readiness along the entire stretch of the LAC with China including in the Arunachal sector in view of the eastern Ladakh standoff.

India and China have held several rounds of military and diplomatic talks in order to resolve the eastern Ladakh row, but no significant headway has been made for its resolution.

India to supply Covishield, Covaxin to other nations as goodwill gesture

Don't take vaccine if you have these conditions; Bharat Biotech releases advisory