The team of researchers at the hospital and Miami Miller School of Medicine in the US claimed that the face masks don't alter oxygen level, even in people with severe lung diseases 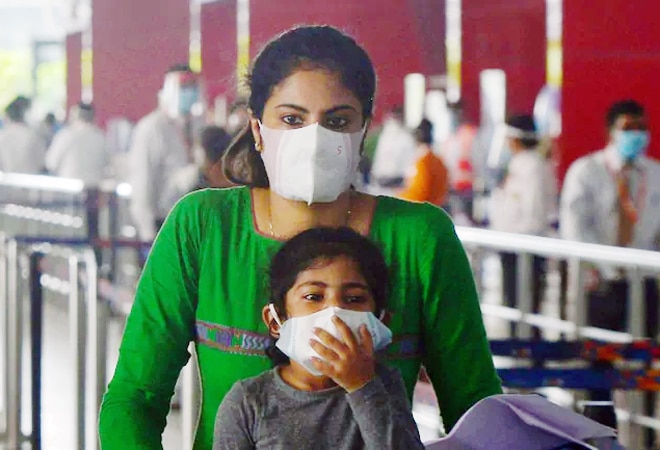 A group of scientists has claimed that wearing face masks and breathing through them don't affect the lungs. The team of researchers at the hospital and Miami Miller School of Medicine in the US have also asserted that the masks don't alter oxygen level, even in people with severe lung diseases.

They conducted a study to determine the impact of wearing surgical face masks on gas exchange, a process wherein the body adds oxygen to the blood while removing carbon dioxide (CO2), in 15 healthy physicians and 15 military veterans with severely damaged lungs via a quick-paced six-minute walk on a flat, hard surface.

The researchers measured the oxygen and CO2 levels in the blood before and after the walking test and found that neither healthy doctors nor patients with severely impaired lungs manifested any major changes in gas exchange measurements after taking the walking test or up to 30 minutes later, according to the study published by the scientists in the journal Thorax last Friday.

Meanwhile, the discomfort felt with surgical face mask use has been attributed to neurological reactions - increased afferent impulses from the highly thermosensitive area of the face covered by the mask or from the increased temperature of the inspired air or associated psychological phenomena such as anxiety, claustrophobia, or affective responses to the perceived difficulty in breathing, the study stated.

However, the scientists also noted in the study that although masks may be "causing discomfort by irritating sensitive facial nerves, warming inhaled air, or inducing feelings of claustrophobia, any such discomfort should not cause safety concerns" as that could contribute to the reduction of "a practice proven to improve public health."

They added that it is important to apprise people that the discomfort associated with surgical mask use should not result in unfounded safety concerns as this may mitigate the application of a practice proven to improve public health.