Coronavirus crisis: India's fiscal deficit may be over 5% in FY21, says CEA Subramanian

Subramanian believes fiscal deficit projection could be revised considering uncertainty around pandemic; for April-June quarter, CEA also thinks there could be a perceptible contraction in GDP 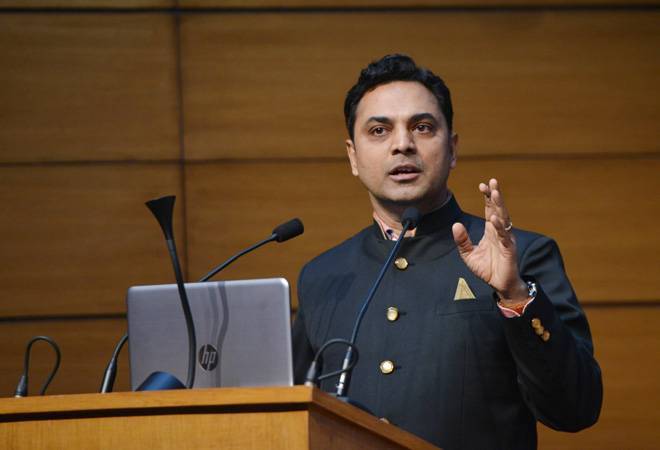 As coronavirus pandemic refuses to slow down its deadly march across the world, Chief Economic Advisor Krishnamurthy Subramanian has said the coronavirus-induced lockdown will stretch India's fiscal deficit for the year to 5.2-5.3 per cent of GDP compared to the Centre's Budget estimate of 3.5 per cent.

The 1.7-1.8 percentage point rise in fiscal deficit is likely if underlying assumption of 10 per cent nominal GDP growth stays constant, the CEA told Business Standard. "Given the 50 per cent or thereabouts increase in borrowing that has been announced, it is a reasonable estimate to say that at this time, an increase in the budgeted fiscal deficit target is being anticipated," Subramanian added.

He believed the projection could be revised considering the uncertainty around the pandemic. For the April-June quarter, the CEA thinks, there could be a perceptible contraction in GDP. He, however, said its actual risk would also depend whether India would see a recovery the second half of the fiscal year.

Notably, the government has substantially increased its gross market borrowing estimates for 2020-21 to Rs 12 lakh crore from the budget estimate of Rs 7.8 lakh crore, an increase of more than 50 per cent, effectively indicating that they are taking a big hit on fiscal deficit. The Centre has also agreed to raise the borrowing limit of states from 3 per cent of gross state domestic product (GSDP) to 5 per cent in 2020-21, to make available an extra of Rs 4.28 lakh crore.

Analysts say that the revised market borrowing estimates suggest that the government is looking at a sharp fall in tax and non-tax revenues. According to Madan Sabnavis, chief economist, CARE Ratings, the government has realised that it will see a fall in tax collection and the higher borrowing limit is nothing but just to finance the existing budget.

Coronavirus opportunity for India to ramp up Ayushman Bharat scheme: WHO chief