As per the guidelines, only five shops selling non-essential items will be allowed in each lane, while there is no restriction on numbers for essential shops 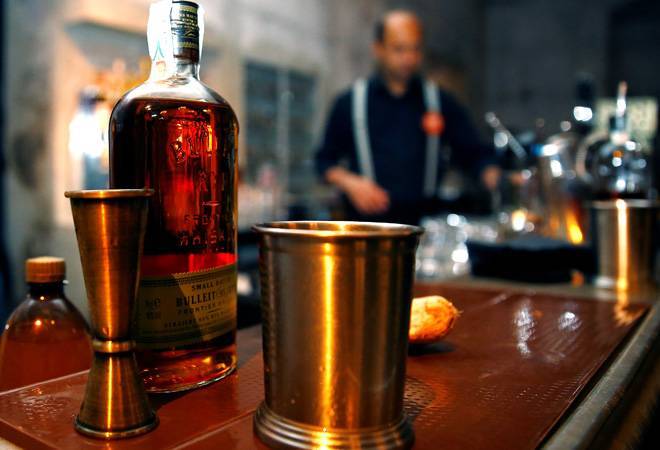 Maharashtra govt allows standalone liquor shops to open from May 4

Two days after the central government released revised guidelines for the third phase of coronavirus lockdown, Maharashtra, the worst-hit state in the country, has allowed standalone liquor shops in "Red zones" outside containment areas, news agency ANI reported. This will not apply to COVID-19 containment zones.

The state government in its guidelines specified that liquor shops would be allowed to open in green, orange and red zones (except in containment) areas. However, the shops in market complexes and malls will remain closed.

As per the guidelines, only five shops selling non-essential items will be allowed in each lane, while there is no restriction on numbers for essential shops. The shopkeepers must follow the social distancing rules enforced to contain the spread of the virus.

The new norms will be effective from May 4. The timings for all shops will be decided by the local authorities, the government said.

The Maharashtra Chief Minister's Office also issued a document, which specified about what is allowed and not allowed in the state during the extended period of lockdown. The document, which carried details of zone-wise activity, said that liquor shops will be allowed to remain open.

What's allowed and not allowed in Maharashtra during the extended period of Lockdown#WarAgainstViruspic.twitter.com/OW8iX0HxXi

The central government on Friday allowed liquor shops to resume operations with certain restrictions during the third phase of the lockdown, beginning May 4. They will be allowed to open in green and orange zones, according to sources, even though the government has not clearly spelled it out in the new guidelines. Liquor shops will also be allowed outside containment areas or hotspots in red zones, India Today reported citing sources.

Maharashtra, which has the highest number of COVID-19 cases in India, has not allowed easing of any restrictions in the third phase of the two-week lockdown that starts on Monday.  There are 14 districts in Maharashtra which are red zones, including Greater Mumbai, Navi Mumbai, Thane, Palghar, and Nashik. 16 districts are orange zones, and six are in the safe green zone. Of the 14 red zone districts, five are in the MMR, Pune, and Malegaon, where curbs have been tightened over the next two weeks. Nine other districts have been allowed some activities, but with restrictions.