Coronavirus lockdown 3.0: Excise ACP Alok Kumar stated that no websites have been granted permission to deliver liquor at doorsteps. He stated that liquor is available only at stores through e-tokens 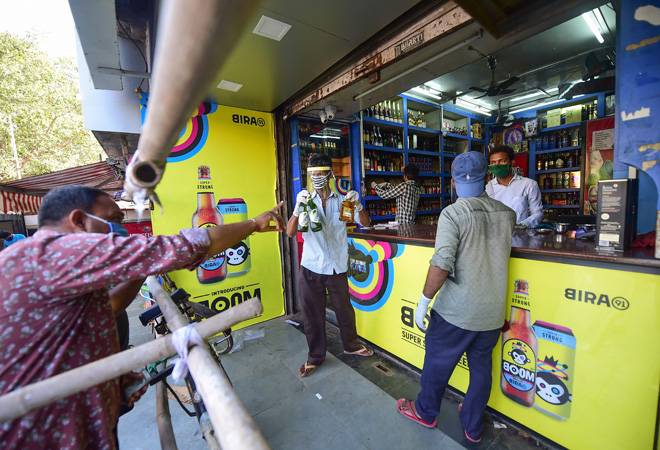 If you are planning to buy alcohol online, you need to be aware of the fake home delivery sites that have duped multiple customers. The excise department has filed a complaint with the Crime Branch of Delhi Police informing them of fake sites promising to deliver booze to customers.

According to a report in Times of India, these websites became active a day after the Delhi government announced the e-token system. The complaint stated that several people placed orders on such sites but never received any alcohol or received any refund.

The complainants stated that one such website "lockdowndeliveryclub" would ask buyers to register with their name and mobile number. After they choose the products, they are taken to a landing page, which then crashes. Once that is done, a person contacts the buyer on WhatsApp offering to take the order and claiming that the website is facing maintenance issues. The scamsters also insist that the payment be made via NEFT transfer. Once the payment is made the seller would stop responding.

The account that receives the money has been traced to a private bank in Barakhamba Road. Police believe that around 100 people might have been duped by this scam.

Also read: Coronavirus: Planning to buy liquor in Delhi? Get a token first

Excise ACP Alok Kumar stated that no websites have been granted permission to deliver liquor at doorsteps. "Liquor is available only at stores through e-tokens. We appeal to the general public to not fall for such websites, especially if they are promising home delivery of liquor," he said, as mentioned in the daily. Kumar added that all complaints received by them have been forwarded to the cybercrime unit. Police are currently tracking the IP address.