The former Finance Minister also rejected the government's claim that after the demonetisation over 3 lakh people have come under scrutiny. "They were always under scrutiny," Chidambaram said adding that there were various ways to track people but demonetisation wasn't the way to do it. 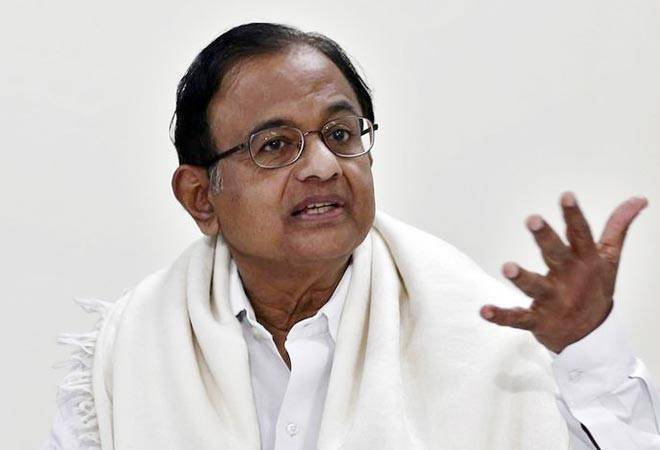 A day after the Reserve Bank of India put out its annual report which showed just Rs 16,050 crore as windfall profit, the government came under attack with Former Finance Minister P Chidambaram saying 'demonetisation was an abject failure'. Talking exclusively to India Today, Chidambaram justified his twitter criticism where he had said that only Rs 16000 crore out of demonetised notes of Rs 1544,000 crore did not come back to RBI. "That is 1%. Shame on RBI which 'recommended' demonetisation," the Former Finance Minister had tweeted.

Chidambaram explained why he wrote it, he said: "It's a matter of fact that the attorney general had told the Supreme Court that the government expects 4-5 lakh crore rupees will not come back to banks, therefore the government will get huge dividends." But that did not happen.

Chidambaram had also said that 99 per cent notes legally exchanged. "Was demonetisation a scheme designed to convert black money into white? he asked in another tweet. To which Niti Aayog Vice-Chairman Rajiv Kumar had earlier said that money wasn't converted into white but lot of deposits after the demonetisation are in fact under scrutiny.

The former Finance Minister also rejected the government's claim that after the demonetisation over 3 lakh people have come under scrutiny. "They were always under scrutiny," Chidambaram said adding that there were various ways to track people but demonetisation wasn't the way to do it.

Chidambaram also said that none of stated objectives has been achieved through demonetisation. He said the casualties in Jammu and Kashmir have increased in 2017 in comparison to the numbers in 2016. He was responding to the government's claim that said the terror incidents had come down due to attack on black money.

The government has also claimed that after demonetisation the cash to GDP ratio has declined sharply and people are using digital payments. To which Chidambaram quoted a number saying: "In November 2016, electronic payment was Rs 94 lakh crore, in May 2017 (after six months of note ban) it has come back to Rs 94,21000 crore. There is no evidence to suggest that there is sharp rise in non-cash transaction." Cash still seems to be the main mode of transaction in the county, he said.

When asked what is the solution to remove black money from the system, Chidambaram said: "Incentivise people to pay tax by having lower tax rates. Create more friendly tax administration which encourages people to file tax returns and use various other tools such as cash transaction tax and suspicious transaction reporting to detect cash transactions."

He further said that the government needs to take other measures to tackle black money. "The highest denomination of currency in this country should be Rs 500 note," he said adding, "In the US it's a hundred dollar bill in UK it's 50 pound bill".

"Lower currency (Rs 200 and Rs 500 note) will push people to do only small transactions in cash and large transactions through digital mode," Chidambaram said. He also said that if he were to announce the demonetisation he would have started printing Rs 200 note well in advance.

14,000 properties of Rs 1 crore each under scanner: Income Tax department