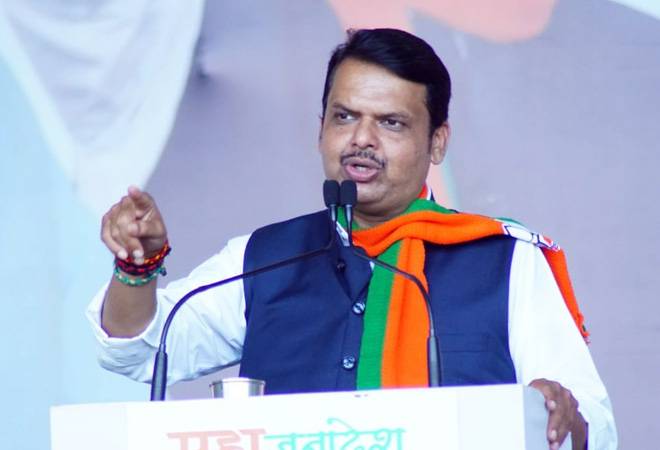 Devendra Fadnavis is back as the chief minister of Maharashtra for the second time. The youngest CM of Maharashtra, Fadnavis, became the chief minister with the support of National Congress Party's (NCP) leader Ajit Pawar. Pawar, several other NCP MLAs who were initially supporting Shiv Sena chief Uddhav Thackeray for the CM's post, backed out on Saturday morning.

Fadnavis, on Saturday, occupying the hot seat for the second time against all odds says something about his tenacity. He took oath as CM after the President's Rule in Maharashtra was revoked in the wee hours on Saturday. There were not many people at Raj Bhavan on Saturday morning when he was sworn in as Maharashtra CM for the second time. At today's ceremony, which opposition Congress dubbed a clandestine affair after a night of intriguing political developments, the pomp and grandeur of the 2014 event was missing.

When Fadnavis first became the CM in 2014, it was in a public ceremony at the sprawling Wankhede Stadium in south Mumbai, in presence of his mother, wife, daughter and thousands of BJP workers and supporters.

Starting his political career in the 1990s, Fadnavis was an elected member in the Nagpur Municipal Corporation for two consecutive terms - in 1992 and 1997. He was also the youngest mayor of Nagpur and the second youngest mayor in India.

He has represented the Nagpur-South West seat in the state Assembly since 1999.

It was perhaps his close equation with the RSS that helped Fadnavis navigate the troubled waters of Maharashtra politics.

Fadnavis had a smooth run in his first outing as CM, having been given a free hand by Prime Minister Narendra Modi and BJP president Amit Shah.

With the BJP's victory in the Lok Sabha polls and in the state elections, Fadnavis proved his credentials as an astute political leader who has left his political rivals behind in his rise to the top, said party insiders.

He inducted senior Congress leaders Radhakrishna Vikhe Patil and Harshvardhan Patil and a host of top NCP leaders into the BJP, pushing the opposition camp, already down and out after successive defeats in the Lok Sabha polls, into the defensive ahead of the elections.

Fadnavis is a law graduate from Nagpur University and holds a postgraduate degree in business management. He was born and raised in Nagpur, home of the headquarters of the RSS. His father Gangadhar Fadnavis was associated with the RSS and hence young Devendra was influenced with the RSS ideology.

Political observers describe Fadnavis as a patient listener and a "man of action" with extensive knowledge in various spheres. He is also known as a politician who is both erudite and popular with the people.

Fadnavis maintained his image as Mr Clean of BJP, while deftly handling corruption allegations against some of his ministerial colleagues.

His wife Amruta is a banker and a playback singer while daughter Divija is in school. Mother Sarita is a homemaker.

Sharad Pawar to hold meeting with NCP leaders in Mumbai