One of the better-known economic legacies of former prime minister Atal Bihari Vajpayee was his push for privatization of the central public sector enterprises (CPSE). 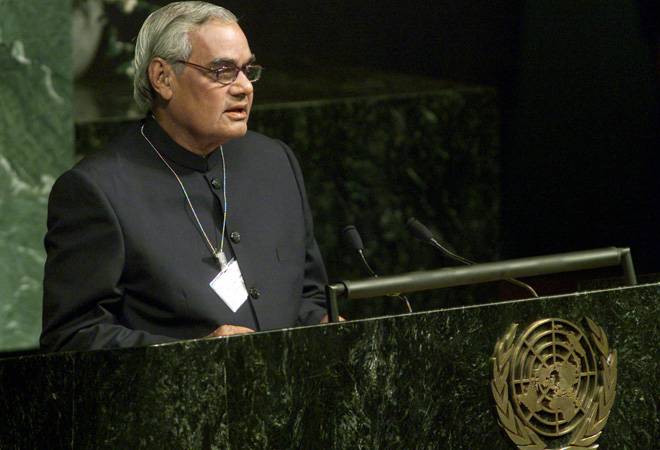 One of the better-known economic legacies of former prime minister Atal Bihari Vajpayee was his push for privatization of the central public sector enterprises (CPSE).

To put the privatisation or disinvestment process on a fast-track, the National Democratic Alliance (NDA) government under Vajpayee set up a separate Department of Disinvestment on 10th December, 1999, which was later renamed as Ministry of Disinvestment form 6 September, 2001. Arun Shourie became the first disinvestment minister.

But even before the disinvestment came under a separate ministry, privatization of government-owned companies got a boost under the Vajpayee's first term as prime minister. This was evident from a huge jump in proceeds from disinvestment - Rs 9,000 crore against a budget estimate of Rs 5,000 crore in 1998-99.

Shourie, who had the strong support of Prime Minister Vajpayee, then started disinvesting government's stake in some of the bigger companies, many of which turned out to be controversial with allegations of corruptions levelled against the disinvestment minister.

During Vajpayee's tenure, the government also started the process of divesting government's holding in Maruti.

On 14 May 2002, the NDA government approved disinvestment in Maruti Udyog Ltd in phases. In the first phase, a rights issue of Rs. 400 crore by MUL in the first phase with the government renouncing its rights shares to Suzuki. Suzuki was to gain majority control and pay Rs 1,000 crore to the government as control premium. In the second phase, the government was to sell sale of its existing shares through a public issue. The government of India exited completely from Maruti Suzuki in 2006.

What sets apart the disinvestment process under Vajpayee, from the earlier such attempts, was the fact that it was a deliberate attempt to unlock values in many of the government firms by selling them to private companies and not a step taken under financial distress.

Of course, the privatization process faced steep resistance both from opposition and within the government. Disinvestment of Maruti faced resistance from the heavy investment ministry. The then petroleum ministry along with other cabinet colleagues had strongly opposed the disinvestment of oil marketing companies BPCL and HPCL.

Despite these oppositions, under Vajpayee, the government fetched Rs 37,000 crore through disinvestment of various central government entities from 1998 to 2004.

It would not be wrong to say that Vajpayee politically 'legitimised' the privatisation process, and got rid of the political stigma attached to the sale of public sector units, many of which were already in financial mess.

'I feel nervous in a women's college,' said Vajpayee