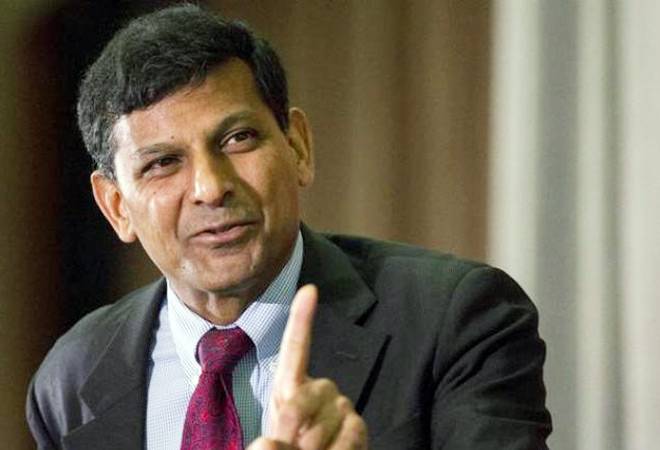 'There are plenty of economists and wise people in India who can give advice. But it is important that the government take that advice and deliberate and act on it,' said Raghuram Rajan.

Former RBI Governor Raghuram Rajan on Wednesday hit out at the Modi government's governance style. He said instead of an "autocratic" and "centralised" approach, which is criticism averse, "let us invent a new model for us, which relies on our strength and our democracy". Addressing an India Town Hall event at King's College London on the topic of 'Perspective: Gandhi at 150', Rajan spoke in favour of the Gandhian philosophy -- of seeking answers through dialogue and the importance of decentralisation and broad-based growth.

He did not hold back any punches at this event. He not only criticised the Modi government's  approach of "my way or highway" where the minorities are concerned but also cautioned against the perils of suppressing criticism. "Suppressing criticism means you don't hear feedback. And, if you don't hear the feedback, you can't course correct at the appropriate point of time," said Rajan, adding that the government would benefit from the advice of experts.

"In the current environment, we have a government which has a particular way of governing in a much more centralised way...a lot of decisions are made in the Prime Minister's Office," he pointed out.

"My argument would be that from what experience we have had on the economic side, it doesn't work that well," he said, explaining that's because decision-making to some extent has become paralysed, despite the political power of this government.

"So calling all the critics and saying please don't criticise the government, I think is bad for the government itself. It may feel good for everyone to praise you and say that you are the second coming of Christ, but that's not going to generate the kind of awareness you need within government itself," he explained.

Rajan, who is presently the Katherine Dusak Miller Distinguished Service Professor of Finance at the University of Chicago Booth School of Business, referred to his own term at the helm of the Indian central bank as an example. According to him, though he faced the "brunt" of private sector criticism, much of it proved "useful" for course correction.

"There are plenty of economists and wise people in India who can give advice. But it is important that the government take that advice and deliberate and act on it," he said, pointing out that it was also important for the strength of India's democracy to show up in the form of people speaking up against policies that don't work and, in turn, "energise" the government to change path. "We need to encourage institutions like JNU that has produced our latest Nobel Prize winner," he added.

Rajan also reflected on his worries over India's decelerating GDP growth. While he hoped it was cyclical in nature, he feared "it's more than that". In fact, he claimed that the slowing down of the economy was a "long time" phenomenon going back almost 15 years. "We haven't had serious sustained reforms specially focussed on improving the use of land, labour power and logistics," he pointed out, adding that "joblessness is a fact of life in many parts of India".

Rajan was joined by telecom entrepreneur Sam Pitroda at the event organised by the National Indian Students and Alumni Union (NISAU) UK to mark the 150th birth anniversary of Mahatma Gandhi. The discussion explored Gandhi's role in today's economy.

Pitroda spoke of his own concerns about the lack of decentralisation of power, saying he "worries a lot about India today". He, too, criticised the "autocratic" approach of PM Modi. "I was shaken up when I saw tweets saying Gandhi was son of India and Modi is the father," said Pitroda.

Infosys explains why it didn't disclose whistleblower complaint to regulators