Fernandes first gained national attention in 1974 when he led an all India railway strike. He had massive influence among the unions of electricity, transport workers, mill worker and taxi drivers. 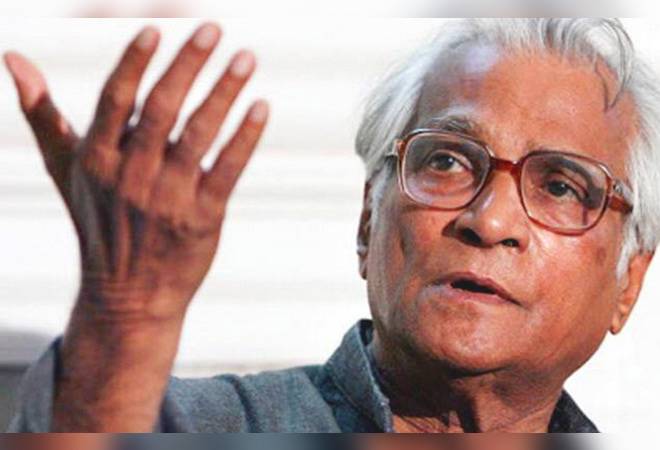 In September, 2001, George Fernandes surprised everyone, when he criticised the labour reforms of the then National Democratic Alliance (NDA) government led by Atal Bihari Vajpayee. George, as his friends and contemporaries called him, at that time was convener of the alliance. To vent his views, Fernandes chose Rashtriya Swayamsevak Sangh's (RSS) economic think-tank Swadeshi Jagran Manch's (SJM) seminar at the national capital. RSS was vehemently opposing PM Vajpayee's liberalisation agenda at that time. A unionist and socialist, George found comradeship in SJM, since RSS had floated this platform to oppose the introduction of FDI and globalisation in 1991.

George was their hero. In 1977, during his stint as industry minister in Janta Government, he pushed multinationals like IBM and Coca Cola to implement the provisions of the Foreign Exchange Regulation Act (FERA) which led to the exit of these two companies. They were back only after the 1991 liberalisation. There were some differences in approach. RSS' idea of 'swadeshi' included entrepreneurship and private investments, whereas, communists and socialists like Fernandes wanted firm control of the public sector enterprises. During NDA-1, when most of the BJP leaders like Arun Shourie, Jaswant Singh became incommunicado towards the RSS leadership (especially on the economic issues); Fernandes along with Murli Manohar Joshi gave them audience. This included issues like disinvestments in the public sector firms, opening up of FDI in multi-brand retail and insurance sector, and changes in the labour laws.

However, Fernandes didn't attend the SJM seminar without weighing in the impact. A week before the seminar, Madan Das Devi-the then Joint General Secretary of RSS, briefed him about the content. The invitation was extended only after he agreed to attend the discussion. The move caused murmurs amongst his comrades in the Samta Party that he was 'falling in the trap of RSS'. But some of his friends believed that this could benefit Fernandes in the long run. Vajpayee's health was on decline, and since LK Advani was not an ideal replacement for Vajpayee because of his Hindu hardliner image, Fernandes would have been the next obvious choice. In such a scenario, support from the RSS might have come in handy.

Many found this ironical since during his days in Janta Party government, Fernandes along with his socialist comrade Madhu Limaye would often question the influence of the RSS cadre in the establishment.

In fact, after his demise, RSS and SJM were the first to condole his death. Those who knew him from the beginning would have never imagined this friendship or cordial relationship: RSS, a loud Hindutva organisation and Fernandes, a Mangalorean Christian who was trained to be a priest, left his native place in the age of 18 to reach Mumbai and lead a life of an atheist all his life thereafter.

In the cabinet meetings between 1998-2004 (he was not a part of the cabinet between March-October, 2001), he along with Murli Manohar Joshi continued to oppose the liberalisation and FDI proposals moved by the then finance minister Yashwant Sinha.

When he served as the defence minister in the Vajpayee's cabinet, he would often follow RSS' ideologies. He was the first Defence Minister to publically acknowledge China as a potential threat along with Pakistan. In hindsight one can criticise him for not pushing the modernisation of forces and constructing infrastructure to allay his Chinese fears.

Fernandes first gained national attention in 1974 when he led an all India railway strike. He was the president of the All India Railwaymen's Federation then and at 44 years of age had massive influence among the unions of electricity, transport workers, mill worker and taxi drivers. Many say, he had the wherewithal to halt Bombay within minutes, an influence which only Bal Thackeray could match. This strike started on May 8 and was called off on May 27 of 1974. Indira Gandhi-led Congress government in Delhi had to order a nationwide crackdown, by arresting more than thousands of the unionists. Before this he had gained limelight by defeating congress heavy weight S K Patil from the Bombay South constituency in the 1967 Lok Sabha polls.

He remained member of the lower house for nine times thereafter, and faced defeat for the first time in 2009 -when his protegee Nitish Kumar refused him ticket and he contested as an independent from his pocket borough Muzaffarpur in Bihar. He was reluctant to accept Rajya Sabha nomination thereafter.