Govt schemes no more based on quantum of votes, 'development for all' only focus: PM Modi

Taking a dig at previous Congress-led governments, he said recall what the earlier situation was like as there were several places like Lahaul Spiti that were left to struggle on their own 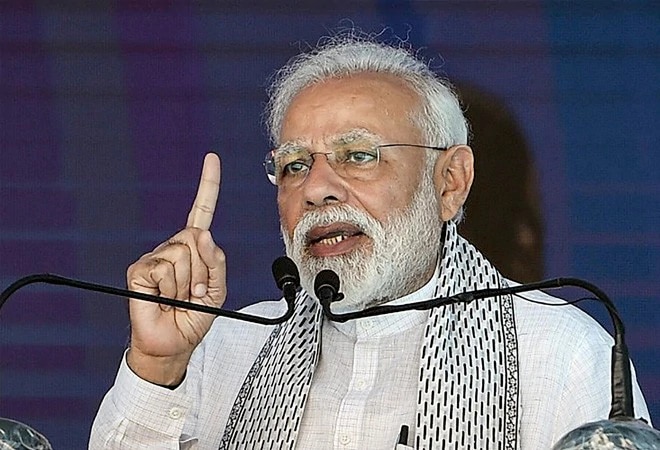 Asserting that a major transformation has been effected in the government's way of functioning, Prime Minister Narendra Modi on Saturday said new schemes are no more based on the quantum of votes from an area as the only focus now is 'development for all'.

Addressing his first public rally in more than six months ever since the outbreak of the coronavirus pandemic, Modi said the inauguration of the Atal Tunnel is part of the central government's resolve that the benefit of development should reach every part of the country and to every person.

Taking a dig at previous Congress-led governments, he said recall what the earlier situation was like as there were several places like Lahaul Spiti that were left to struggle on their own.

"The reason was that some districts did not serve the political benefit of some people. Now work is being done with new thinking of 'Sabke saath se, sabke vishvaas se, sabka vikaas ho raha hai' (Development for all is happening with help of everyone and with the trust of everyone)," Modi said at the public meeting in Sissu village of Lahaul-Spiti region of Himachal Pradesh.

"There has been a transformation in the government's way of work. Now, schemes are not made based on how many votes are there in an area. Now the effort is that no Indian is left out," he said. The government is committed to providing basic amenities to Dalits, exploited, deprived, adivasis and everyone else, he said.

The Atal Tunnel will connect the youth of this region with several employment opportunities, he said. "Some will run homestays or hotels, and some will work as guides. The tunnel will also open the world to the handicrafts, and other products produced in the region," he said.

Earlier in the day, Modi inaugurated the strategically important all-weather Atal Tunnel in Rohtang and lashed out at the Congress-led previous governments, saying strategic projects were neglected and defence interests were compromised for years.

Atal Tunnel, built by the Border Roads Organisation, is the longest highway tunnel in the world and reduces the distance between Manali and Leh by 46 km. It also reduces travel time by four to five hours.