The newly-inducted helicopters will soon be part of India's wargaming and military exercises and will be kept ready to take on any threat. The helicopters are also called 'flying tanks'. 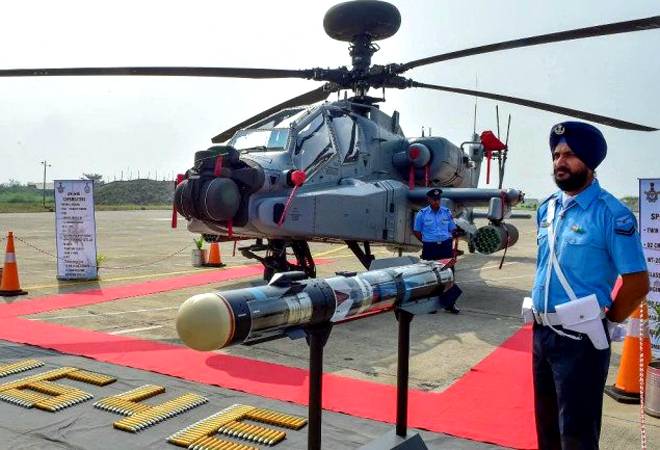 The Indian Air Force on Tuesday morning inducted eight US-made Apache AH-64E helicopters at its Pathankot airbase. The choppers received a water cannon salute before induction at the airbase. The helicopters will give a big push to Air Force's combat powers.

The newly-inducted helicopters will soon be part of India's wargaming and military exercises and will be kept ready to take on any threat. The helicopters are also called 'flying tanks'. The choppers can operate in mountainous terrains and are a potent weapon for India's defence.

The induction of Apache AH-64E has given the IAF a boost to its firepower. Not only the Air Force, the Indian Army will also acquire six Apache choppers. The Apache AH-64E, as and when they are inducted, will slowly replace the ageing Mi35 helicopters.